The patients have been admitted to a private nursing home. 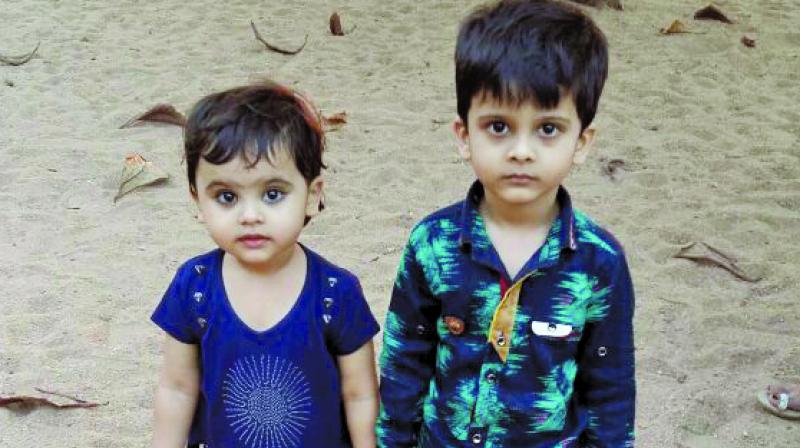 Aamina Shaikh and her brother, Ali

Mumbai: The swine flu virus has beset three members of a Kurla-based family — the two-year-old daughter, four-year-old son and the wife of Saalim Shaikh (33), who’s employed with a private firm.

The patients have been admitted to a private nursing home. The girl, Aamina, who is on the ventilator at the trust-run super speciality SRCC Hospital at Haji Ali, was earlier admitted in the privately run Kurla Nursing Home. Her mother, Nazia, 32, and elder brother, Ali, are also suffering from the deadly virus.

Opening up about his family’s plight, Aamina’s maternal uncle, Saqib Khan, told The Asian Age, “My sister’s family us suffering from this disease. My niece was showing symptoms of a severe cold and cough. However, when local doctors screened her, the dreaded disease was not detected. But when things became more serious we rushed her to Kurla Nursing Home and after that to the hospital at Haji Ali.”

“She is quite serious. We are finding difficult to attend to the emotional as well as economical needs of the family. The government should take serious cognisance and   act appropriately to stop the deadly spread of the virus,” added Mr Khan.

Meanwhile, the Brihanmumbai Municipal Corporation has  been making efforts to screen potential swine flu patients all over the city.