In the process of trying for a visa extention, Khan faced with penalty of around 50,000 dirhams, officials learnt. 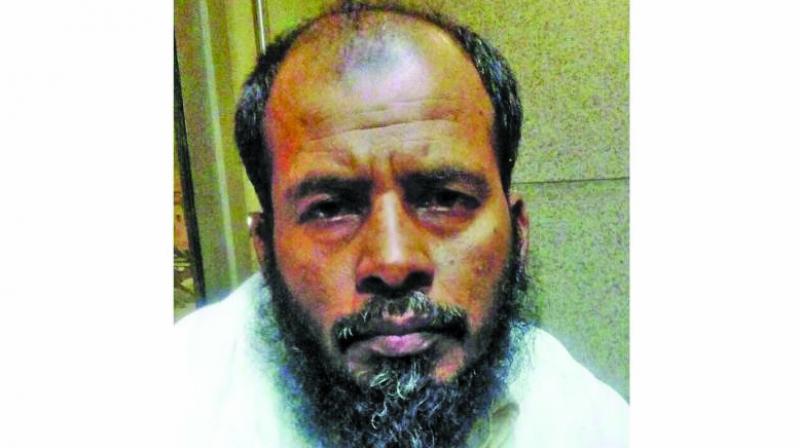 Mumbai: The investigation into the deportation of Lashkar-e-Toiba operative Salim Khan has revealed that he was deported last week from United Arab Emirates (UAE) after his visa lapsed. Khan was jailed for a month in the UAE, after which he approached the police to negotiate for the illegal stay there and waiver of a penalty worth Rs 50,000 dirhams.

But his efforts did not succeed and he was deported to Mumbai last week after which the UP ATS took his custody to probe his role in a few espionage/terror cases.

Khan was arrested from the international terminal of Mumbai airport by a team of Maharashtra ATS, after he was deported in the intervening night of Sunday and Monday. Khan, who is a native of Fatehpur district in Uttar Pradesh, revealed during questioning that he was staying in Al Ain city, UAE and was in a hiding ever since his visa expired in 2015. In the process of trying for a visa extention, Khan faced with penalty of around 50,000 dirhams, officials learnt.

“Khan has claimed that he also met the concerned authorities including the local police to seek a waiver of his penalty. He was however thrown behind the bars and was in prison for at least a month, following which they began his deportation process and was sent from Abu Dhabi airport,” said an ATS officer.

Officials said that Khan revealed that he had undergone terror training in Pakistan. The investigators learnt that though he was sending funds to India, the money was allegedly not being used to pay stone pelters, officials said. He was passing on instructions and funds to an Inter State Intelligence (ISI) agent, identified as Aftab, who was recently arrested from Faizabad in Uttar Pradesh.

The UP ATS was hunting for Khan since 2008 in connection with the attack on CRPF’s group centre at Rampur. At least seven jawans were killed in the attack. The UP police has a case registered against Khan under sections of the Indian Penal Code, Arms Act, Explosives Act and Foreigner Registration Act.