The police said that they are still looking ascertaining whether the incident was political in nature. 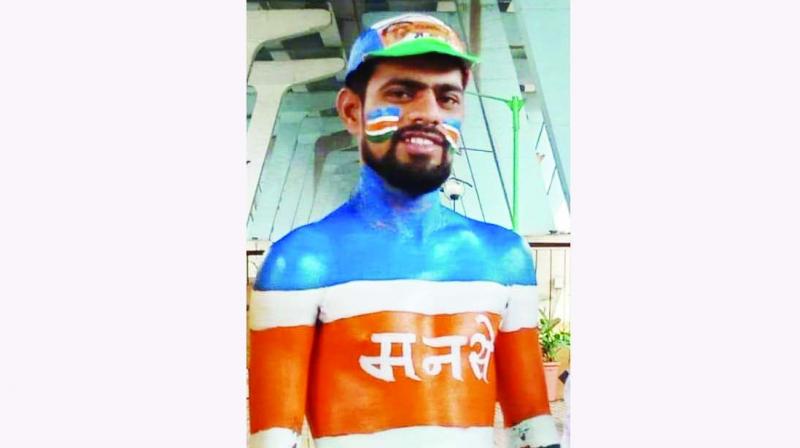 Mumbai: A Maharashtra Navnirman Sena (MNS) party worker commited suicide by setting himself ablaze late on Tuesday at his residence in Kalwa allegedly after being distressed over the Enforcement Directorate’s (ED) notice to MNS chief Raj Thackeray in connection with IL&FS scam.

The deceased, identified as Pravin Chougule (28), had mentioned about his displeasure over the ED’s action to a friend, which is being probed by the police. Chougule, a driver by profession, was an orphan and considered MNS as his family, his friends claimed. The police said that they are still looking ascertaining whether the incident was political in nature.

Preliminary probe revealed that the MNS worker tried ending his life in 2015 by slashing his wrist and again later in February this year by hanging himself. A month later, in March, he poured kerosene on himself however he was overpowered in time.

“We are questioning his friends and neighbours to verify the reason and his relatives are also in contact with us,” said Pravin Pawar, additional commissioner of police, Thane.

In his statement released on Twitter, Raj Thackeray said he was deeply pained.

“I am deeply pained after learning about the death of Pravin Chougule. He took the extreme step of immolating himself after getting perturbed by the news of ED sending me a notice. This should not have happened. May his soul rest in peace,” the MNS chief said.

Meanwhile, a local MNS leader alleged that the police was under pressure to not link the suicide with the ongoing developments between ED and Mr Thackeray.

“Chougule seemed disturbed on Tuesday and kept talking about ED probe fearing MNS chief’s arrest. It is unfortunate that he took this extreme step. Police are being pressured to not let the political reason be on paper. I request them to look into the incident sensitively without politicising it. His sacrifice should not go waste,” said Abhijeet Panse, MNS leader.

The deceased, in last few days had multiple times posted on Facebook expressing anger over ED’s summon to Raj Thackeray. “Pravin was the only child. His mother committed suicide when he was a child and his father passed away three years ago. He had attempted suicide after the demise of his father too. He was a die-hard fan of Raj Thackeray and feared that ED may not spare the leader. He expre-ssed concern for his party (MNS) in his last communication with a friend who is a Shiv Sena worker in Vitawa,” said Chougule’s friend Sushant Suryarao..

MNS leader Sandeep Deshpande said, “In every MNS rally, Chougule used to paint his body with MNS flag colours in support of the party. We all knew him well.”

The Mumbai police has served notices to Maharashtra Navnirman Sena (MNS) activists and functionaries as measures to prevent any law and order problem in the wake of the Enforcement Directorate (ED) summoning MNS chief Raj Thackeray.

The police said that the focus would be to not allow any party workers around the ED office where Thackeray will be questioned. The periphery of ED office will be cordoned off for any visitors.

“We have served notices to the party activists and functionaries to curb any violence. Requisite deployment of riot control police and other officials will be made at the spot on Thursday,” said an officer of Mumbai police.

The police has served notices under section 149 of the Criminal Procedure Code (CrPC) to several party functionaries in Mumbai. The officials added that other steps will be taken based on the situation on the ground. The deployment will be in place since early morning with Mr Thackeray being summoned at the Enforcement Directorate (ED) office at 11 am.

The police has warned of strict action against those who violate the terms of notice. In case of organised violence, the police will file criminal cases against those found involved.

The neighbouring Thane and Navi Mumbai police has also taken steps to keep any kind of mob violence at bay.

The Thane police said that it has also issued notices to some of the party functionaries as the MNS had called for a shut down in Thane earlier.