The girl’s fault was that she asked the boy to talk softly with his friend. 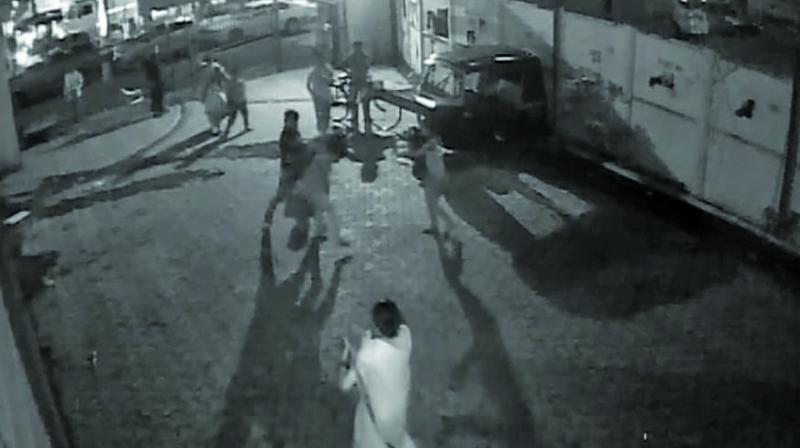 The incident was captured on CCTV camera.

Mumbai: The video of a teenager thrashing a minor girl went viral on social media on Saturday, creating waves of outrage and anger. The girl’s fault was that she asked the boy to talk softly with his friend. But the boy was so enraged by her that he attacked her repeatedly with a metal object and left her with a bleeding nose. The incident that took place on Tuesday was captured on CCTV camera. The footage also showed many onlookers, none of who tried to intervene and restrain the culprit.

The teenager, Imran Shahid Shaikh (19) was later arrested by the police, but released on bail. The minor girl on the video, who was identified as Khushboo (16), was admitted to the civic-run Rajawadi hospital. After learning of the incident, her parents approached the police, who arrested Shaikh on the same day. The Nehru Nagar police registered an FIR against him under section 324 and 506 of the Indian Penal Code, that pertains to voluntarily causing and criminal intimidation respectively. But he was granted bail by a local court the next day.

A police source said the incident took place on October 17, near SRA building in Shramjeevi Nagar at 7 pm, when Khushboo was going to her class with a friend at Adarsh Nagar in Thakkar Bappa Colony, Chembur. The accused was sitting in a parked auto rickshaw and was having a heated argument. When Khushboo asked him to lower his voice and walked away, Shaikh was so infuriated that he stepped out and thrashed her with a metal object and then fled the spot.