Nearly 1500 Brahmin activists, including priests, from Nashik, Thane, Pune and other parts, participated in the protest. 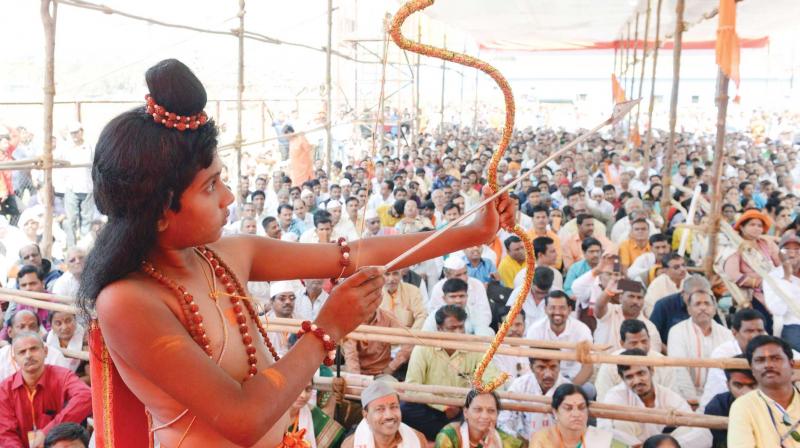 Samasta Brahmin Sam-aj Maharashtra (SBSM), an organisation of 24 community groups, stag-ed a dharna at Azad Maidan on Tuesday to press for their demands.

Nearly 1500 Brahmin activists, including prie-sts, from Nashik, Thane, Pune and other parts, participated in the protest. “We want 4 per cent reservation for the Brahmin community. Though the Modi government has announced 10 per cent reservation for upper castes, it is not of much use for us as it includes other castes and religions too,” said Vishwajeet Des-hpande from the SBSM.

Creation of a separate financial board for Brah-min community to help economically weaker sections, a separate atrocity act, a provision of hostel in every district for Brahmin students, free education from kinder garden to post graduate, felicitation of freedom fighter V.D. Savarkar with Bharat Ratna award are few major demands of the community.

A SBSM  delegation met chief minister Devendra Fadnavis to apprise him about their demands. “All our demands except reservation for Brahmins have been accepted by the government,” said Mr Desh-pande. He added that res-ervation is their key demand and they will continue protests for it.