The toy train was non-operational since a year after two consecutive derailments. 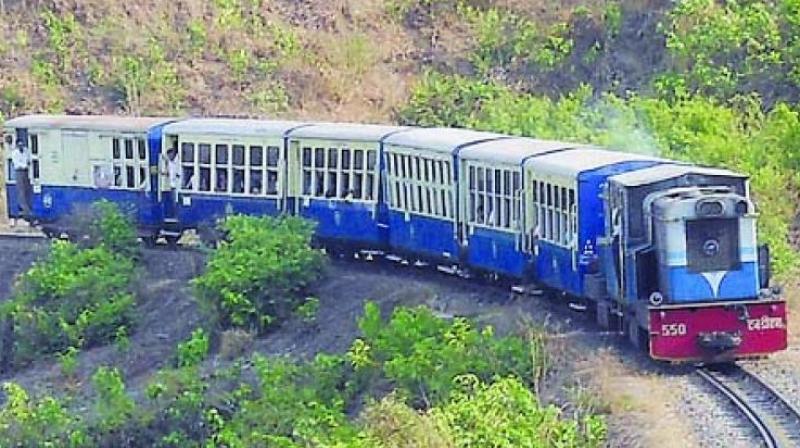 The central railway (CR) is likely to operate a toy train to the hill station by this monsoon after the anti-crash barriers, which is the last safety feature, will be put in place by then.

Mumbai: Travel savvy Mumbaikars have all the more reason to pack their bags, as they’ll soon be able to enjoy the monsoon trip to Matheran in a toy train. Yes, you read that right. The central railway (CR) is likely to operate a toy train to the hill station by this monsoon after the anti-crash barriers, which is the last safety feature, will be put in place by then.

The toy train was non-operational since a year after two consecutive derailments. Although no fatalities or injuries were reported, the CR decided to shut the services down after a public outcry about the safety of the line. However, while the entire Neral to Matheran route was shut, officials informed that the Aman Lodge to Matheran section would be functional all over the year whereas the Neral to Aman Lodge section will not be functional during monsoon.

Matheran, one of Mumbaikars’ favourite tourist spots, was becoming increasingly expensive as rates for horse carts and carpooling were hiked up due to the toy train service being shut. Aditi Maindarkar (25), who works in advertising said, “We went to Matheran on the Holi weekend. I first got down at Neral via the local train and then I spent around Rs 1,000 to get to Dasturi Naka. Since I couldn't ride a horse, I took the cart from there for which  had to pay Rs 700 as against Rs 400 for the horse ride.”

An official said, “As of now we have finished the mechanical work like getting the train fixed with air-brakes, which will mean that we no longer will depend on the manual breaking that was in place until now.” He further added, “We have also got the safety approval and we are going to bring out the tender for the anti-crash barriers by the end of this month, hence they will be well in place by monsoon.”