The party has also claimed that as these voters would not cast their votes in favour of the BJP, their names have been struck down. 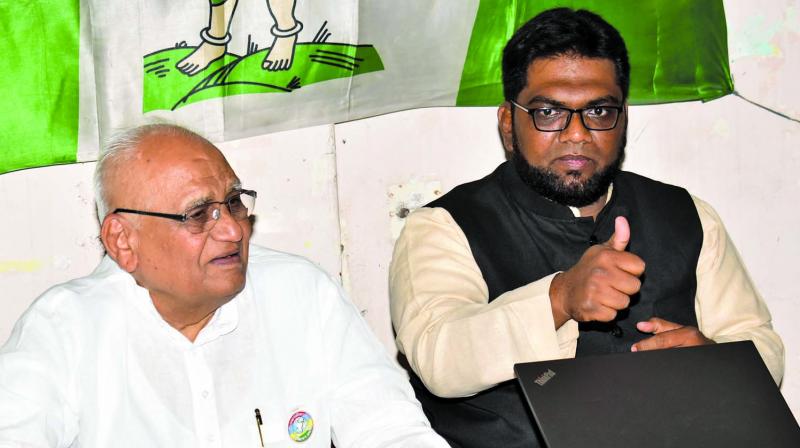 Mumbai: The Janata Dal (Secular) has alleged that the ruling party BJP has manipulated the electoral rolls and dropped approximately 40 lakh voters, including 17 lakh Dalit voters and 10 lakh Muslim voters.

The party has also claimed that as these voters would not cast their votes in favour of the BJP, their names have been struck down. The party has also approached the state branch of the Election Commission of India (EC) on the issue.

Addressing a press conference at the JD(S) office Friday, JD(S) national general secretary and Justice (retd.) B.G. Kolse-Patil alleged that Dalits and Muslims don’t vote for the ruling BJP which is why their names have been deleted. An official of the state branch of the EC said that they would investigate the allegations.

Mr Patil said that less than a month was left for the general election and 39.27 lakh voters’ names had been deleted in 48 constituencies. The figure had gone up to 12 crores, including 4 crore Dalit and 3 crore Muslim voters across the country. This had caused a worrisome situation for the JD(S).

About his candidature from Aurangabad, Mr Kolse-Patil said neither he nor any candidate from his party would enter the fray in the state. He also criticised the Vanchit Ba-hujan Aghadi for failing to enter into a pre-alliance with the Congress-NCP combine in the state.

Hyderabad-based private company Raylabs’ founder and CEO Syed Khalid Saifullah claimed that with the invention of the missing voters’ app, he converted the image data into text, which helped him to get the actual figure of voters in the rolls.

According to Mr Saifullah, he extracted data of 69 Assembly constituencies out of 288 Assembly seats in state. He found that 7.9 lakh households had only one voter. So he multiplied this figure with 288 constituencies and estimated around 3,927,882 names were missing from the voters’ list across the state.