Chheda left the BJP seven years ago to join the Congress, due to his differences with the local MLA Prakash Mehta. 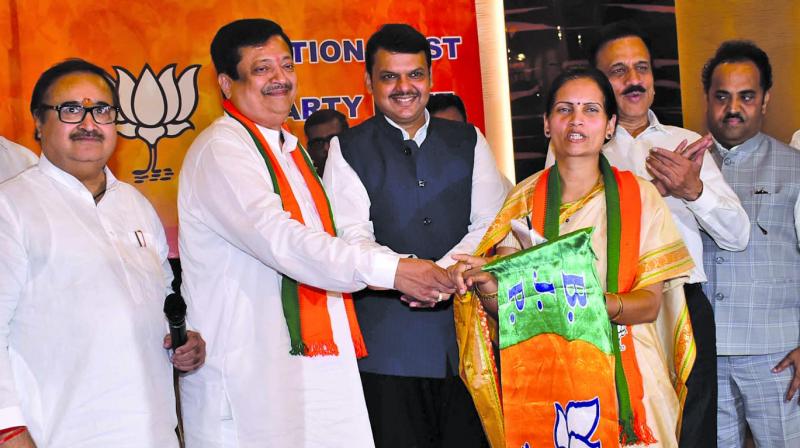 Mumbai: In another setback to the Congress ahead of next month’s polling, its sitting corporator in Mumbai Pravin Chheda returned to the Bharatiya Janata Party (BJP). Along with Mr Chheda and Nationalist Congress Party (NCP) state unit vice president Bharti Pawar also joined the BJP in the presence of chief minister Devendra Fadnavis in Mumbai.

Mr Chheda left the BJP seven years ago to join the Congress, due to his differences with the local MLA Prakash Mehta. Before joining the Congress, Mr Chheda was a three-term corporator in the Brihanmumbai Municipal Corporation.

“I am impressed by the development work being carried out by the BJP government. The Congress had offered me candidature from the Mumbai north east seat, but I ignored the offer and returned to the BJP,” said Mr Chheda expressing satisfaction decision. “I will play the role party wants me to play,” he added.

The NCP state vice president Bharati Pawar also joined the BJP on Friday. Ms Pawar had unsuccessfully contested the 2014 Lok Sabha polls from Dindori constituency aga-inst BJP’s Harishchandra Chavan. She said “Their works over the past five years have inspired me to join the BJP. I will work for the uplift of the poor and tribal.”

On the occasion, Mr Fadanvis said that leaders and workers doing well in other parties were joining the BJP by trusting Mr Modi’s performance and the schemes being carried out by the Centre for poor and farmers.

Mr Fadnavis clarified that Rajya Sabha MP Sanjay Kakade will stay in the BJP. Due to some reasons, Mr Kakde was unha-ppy and the Congress contacted him and offered a candidature from Pune.