Around half of the pond has already been reclaimed, even as 150-odd trees around it have been hacked. 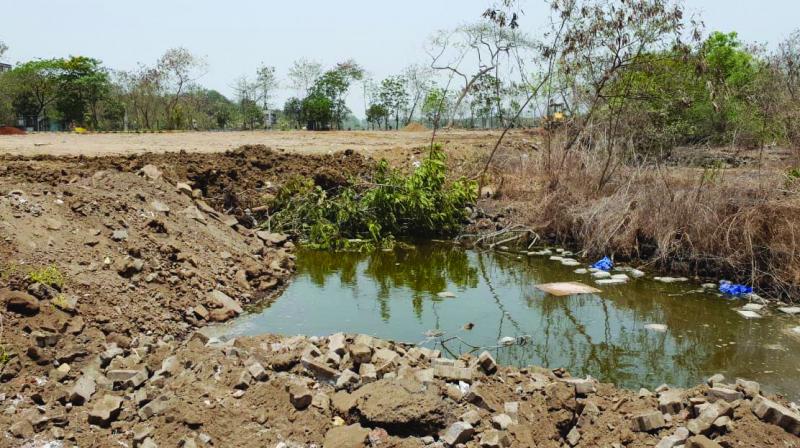 Pond in Vashi’s Sector 10 is reclaimed with debris

Mumbai: A pond in Vashi’s Sector 10 is allegedly being illegally reclaimed with mud and debris, against which locals have submitted a complaint to the state forest department.

Around half of the pond has already been reclaimed, even as 150-odd trees around it have been hacked. The Navi Mumbai Municipal Corporation  has said that it is reclaiming the pond, to make way for plantation in the area to develop it as an open space. The civic body, however, claimed that while it is dumping soil in the pond to level it, it does not know who dumped debris in the area. “We are conducting an inquiry to find out whether it is a wetland area because NMMC is denying it. As of now, we have directed to stop the work,” said Prakash Chaudhary, range forest officer.

“There were many fully grown native trees that are around 50 years old in the land. They all have been hacked and now the civic body is planting more trees. We fail to understand the need to destroy a natural area to preserve the area as an open space, which it already is,” said Vashi resident Rohit Malhotra.

Activists have claimed that being surrounded by mangroves, the area is a protected forest and a garden that had been proposed at an adjacent water body in the vicinity was earlier stayed by the Bombay high court.