BJP on high ahead of the big day

The last two Lok Sabha polls have shown that the parties favoured by Mumbaikars have formed the government at the Centre. 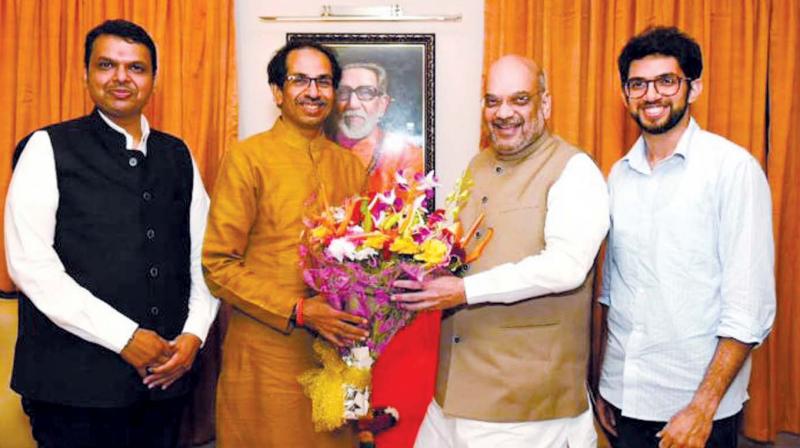 The Bharatiya Janata Party-Shiv Sena alliance is buoyant ahead of the counting of votes for the Lok Sabha polls on Thursday. (Photo: Asian Age)

Mumbai: The Bharatiya Janata Party-Shiv Sena alliance is buoyant ahead of the counting of votes for the Lok Sabha polls on Thursday. While the exit polls have predicted smooth sailing for the alliance in urban areas, its performance in rural areas will be crucial in determining whether the allies can repeat its impressive feat in the 2014 polls.

In the last Lok Sabha polls, the BJP-Sena alliance had won 42 seats out of 48 in Maharashtra.

The NCP and the Congress, however, managed to win only four and two seats respectively. In Mumbai, the alliance had swept all the six seats in the city.

In the Mumbai North seat, the fight is between MP Gopal Shetty (BJP) and Urmila Matondkar (Congress).

The majority of exit polls have shown that the BJP-Sena alliance will win the most seats in Mumbai whereas Congress is expected to score a win in one or two seats.

But it will be in the rural areas that the Congress-NCP combine is expecting to thwart the BJP-Sena alliance. According to exit polls, most of the Opposition’s wins are likely to come from such seats only. “We are confident of winning in the city, state as well as the country. We will definitely form the government at the Centre,” said a senior BJP leader.