The exponential spike in the numbers has caused the Maharashtra government to issue an advisory on precautions that should be taken. 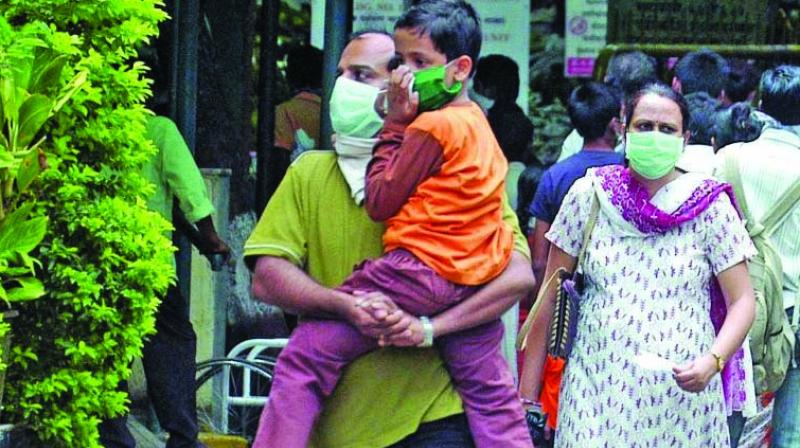 Allergic cough, sneezing and persistent low fever have been the most common symptoms of viral flu.

Mumbai: Viral flu cases have witnessed a spike in most dry parts of the state including Mumbai since January 2019, as per the latest Integrated Disease Surveillance Programme (IDSP) report.

The report was released by the state public health department on Saturday.

The exponential spike in the numbers has caused the Maharashtra government to issue an advisory on precautions that should be taken.

The state health department has categorised 26 types of viruses as threat to life. Along with cough and cold, viral fever and swine flu too are stalking the state, officials said.

According to the report, thousands have been affected over the last one-week, including youngsters. Allergic cough, sneezing and persistent low fever have been the most common symptoms so far, officials added.

The viral outbreak has been triggered by the sudden rise of mercury last week, said experts. According to the data shared by the state health department, 188 deaths have been reported so far due to viral fever across Maharashtra.

The highest number of patients have died after catching the H1N1 virus, which carries swine flu.

At least, two people have died due to swine flu in Mumbai.

Dr Pradip Awate, the state’s surveillance officer and epidemiologist said, “The temperature spiralled by about few degrees and then dropped, activating the viruses. We are approaching the end of summer, which is conducive for viral infections.”

Rhinoviruses and gastrointestinal viruses like echovirus, coxsackievirus and rotavirus could be on the prowl as result of the fluctuating temperatures, doctors said.

While coxsackie affects the adult population, children are more prone to rota. It is to be noted that rhino virus spreads very quickly at public places.

“Coughing and sneezing are allergic reactions common in this period of the year,” Dr Awate warned.

“They make it easy for viruses to penetrate the system and the later proliferates inside the body sometimes if not administered it can be dangerous,” Maharashtra’s chief surveillance officer added.