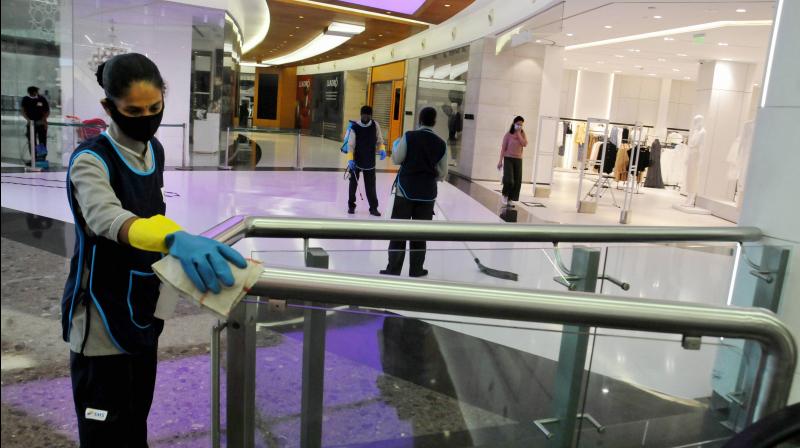 MUMBAI: Maharashtra government is contemplating to restart malls and gyms, state health minister Rajesh Tope informed on Wednesday. However, there is no move to open local trains for common people and that decision will be taken only by the CM, the minister said.

There was impromptu rail roko at Nalasopara station on Wednesday where protesters demanded that common people should also be allowed to ply local trains.

While speaking at a press conference in Mumbai, Mr Tope said that the gyms and malls have been closed to curb the spread of the coronavirus. The final decision to allow them to operate remains with the Chief Minister.

The health minister said that the unlocking process under Mission Begin Again has started already in Maharashtra and there will be no more lockdown. The decision on reopening malls and gyms will be announced soon.

“The government is currently considering whether to reopen gyms and shopping malls in Maharashtra. Gyms will be considered positive as it is necessary for the fitness of the people. However, the final decision will be taken by the Chief Minister Uddhav Thackeray,” said Mr Tope.

The agitation ended after mediation by police and resumption of bus services around 10.30 am. “A local train (going to Virar) was stopped by commuters at platform no.1 of the Nallasopara station from 8.27 am to 8.31 am. Commuters were suitably counselled by RPF/ GRP that special suburban services are being operated only for the staff of essential categories as notified,” Western Railway’s chief public relations officer Sumit Thakur said.

He said the suburban services resumed immediately and the situation at the station normalised around 8.45 am. Security was later stepped up at the railway station and bus stand with the deployment of additional force, a GRP official said.