After receiving complaints, corporations should inform the police and take necessary actions. 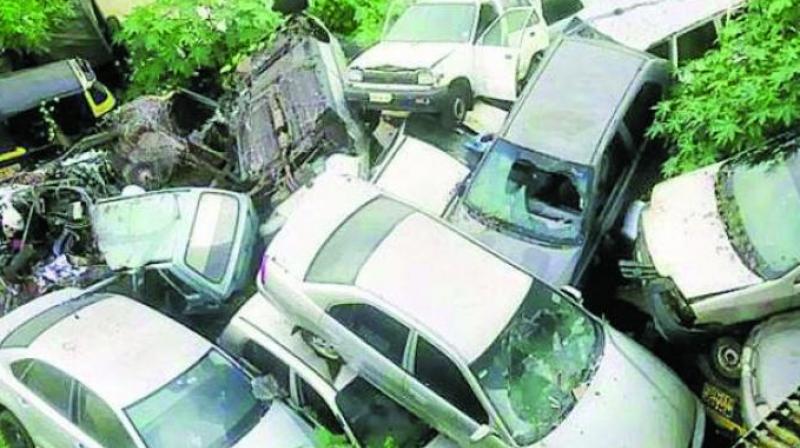 After receiving complaints, corporations should inform the police and take necessary actions

Mumbai: The state government issued a government resolution (GR) directing all municipal corporations to take action against abandoned vehicles in their respective city.

The GR stated that the corporations with the help of local police stations should make a policy on abandoned vehicles. Corporations will have to create toll-free numbers, WhatsApp numbers, SMS, e-mail IDs and grievance-redressal mechanisms to receive complaints from the citizen.

The said mechanism should be highlighted in local media or newspapers to make citizens aware about it.

The GR was issued considering the Bombay high court directions in Tekchand Khanchan-dani’s public interest litigation (PIL), who had complained about traffic and encroachment of footpaths in Goregaon and Jogeshwari. He had stated that such abandoned vehicles create traffic problems and also pose security threat.

The high court had also issued directions to the state to create grievances redressal mechanism so that citizen can register their complaints to proper authorities, who can then dispose of such abandoned vehicles.

Accordingly, deputy secretary of urban development department issued GR to all municipal corporations of the state. The GR stated that along with grievances mechanism, corporations should maintain separate complaint register and are bound to give complaint number to citizens so that the citizens and government can follow up on the progress in these complaints.

After receiving complaints, corporations should inform the police and take necessary actions.

The state also made it clear that corporations will have to take cognizance of anonymous calls and complaints too.

The GR stated that action has to be taken on every complaints and officer not below the rank of deputy commissioner should look periodical report of complaints.