The planning has already begun and will be implemented soon, revealed a source from the civic markets department. 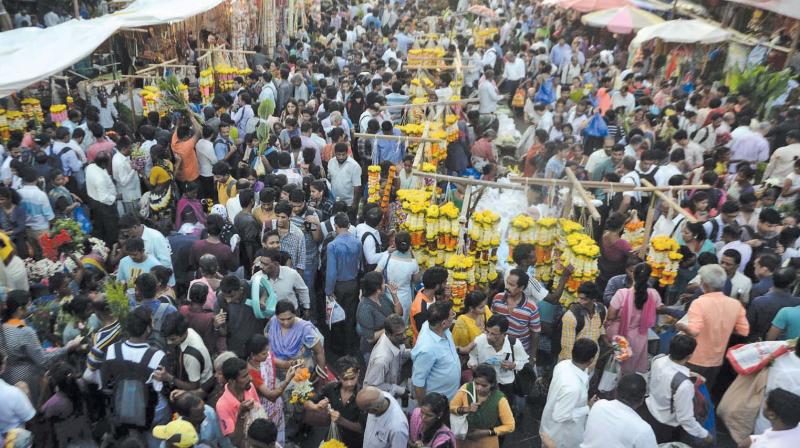 File image of a congested Dadar market in the evening.

Mumbai: The BMC is planning to build three new markets in Dadar, Mahim and Dharavi in a bid to decongest the existing markets in these areas. The civic body has set aside an amount of Rs 4 crore for setting up these new markets. The planning has already begun and will be implemented soon, revealed a source from the civic markets department.

“The markets department have decided to build an additional three markets in Dadar, Mahim and Dharavi areas, so as to accommodate the hawkers and other wholesale traders. The planning for the same is in a very initial stage at present and Rs 4 crore has been set aside for it,” said senior civic official from the markets department. Dadar west is believed to be the most congested market during peak hours, so an additional market may bring some respite from congestion, believes the civic body.

Talking about identifying land for the new markets, the official said, “Land plots for the markets have been demarcated in the Development Plan (DP) 2034 in Mahim, Dadar and Dharavi areas.” But he refused to provide the exact location of the new markets.

Meanwhile, the civic body is also planning to revamp the existing markets in Dadar and has set aside Rs 10 crore for the same. “The redevelopment of the existing markets will be completed in phases,” added the official.  “There is congestion in these market areas during peak office hours. The hawkers and shop owners take too much space,” said Nandlal Jadhav, a vegetable vendor in Dadar from past 20 years.