The CM has promised strict action against the companies, wholesalers and dealers who sold the unlicensed pesticides without verification to farmers. 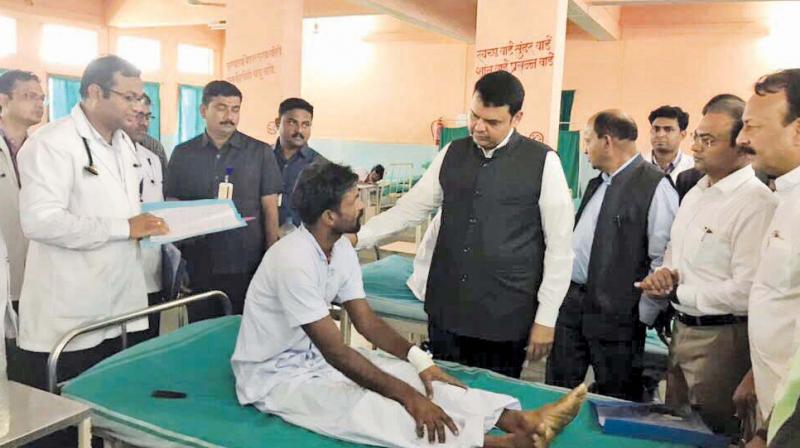 Chief minister Devendra Fadnavis interacts with a farmer who was affected by pesticide poisoning at the Civil hospital in Yavatmal.

The CM has promised strict action against the companies, wholesalers and dealers who sold the unlicensed pesticides without verification to farmers. Yavatmal, one of the epicentres of farmers’ suicide, is facing another severe crisis. Over the last one month, several farmers have been admitted to hospitals due to poisonous pesticides. Maharashtra Cabinet has already declared Rs 2 lakh monetary aid for the kin of deceased.

CM Fadnavis chaired meeting with officers from revenue, agriculture and health department in Yavatmal on Sunday. He asked officers to form a committee, which will monitor the situation on a daily basis. Mr Fadnavis also directed officers to reach out to every village in Yavatmal and announced that Rs 50 lakh would be immediately given to the civic hospitals in Yavatmal for treatment of farmers.