Mr Fadnavis reached Yavatmal in an attempt to erase this criticism and personally took stock of the situation. 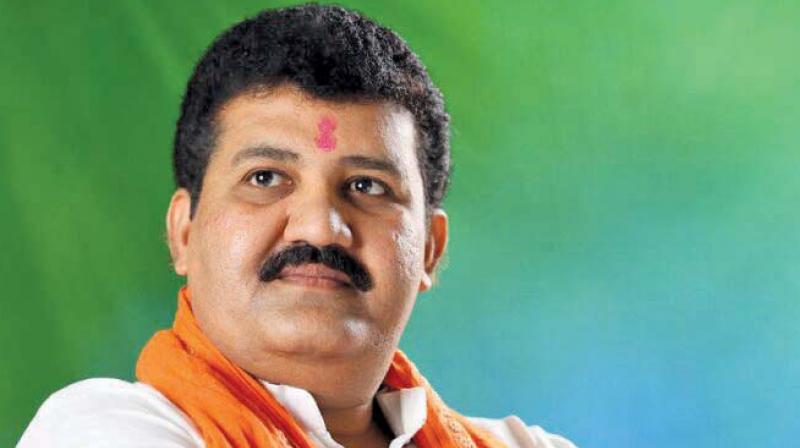 Mumbai: Chief minister Devendra Fadnavis, who has been facing flak from the opposition as well as alliance partners for not visiting Yavatmal, visited a hospital in the district on Sunday but did not inform guardian minister Sanjay Rathod, a Shiv Sena member. This has angered the Sena leadership. “Why is the CM so scared of people that he did not announce his visit?” asked Sena leader and state transport minister Diwakar Raote.

Though Yavatmal district’s guardian minister is Sena’s Mr Rathod, Mr Fadnavis went to Yavatmal without taking Mr Rathod with him.

Another minister of state, Madan Yeravar from the same district, was with Mr Fadnavis. Mr Yeravar is from the Bharatiya Janata Party (BJP). “CM Fadnavis should have declared his programme. Why didn’t he inform people that he is coming? Is he scared?” asked Mr Raote, who is a Cabinet minister.

Mr Rathod also said that he would talk to Mr Fadnavis for “avoiding” him.  Around 1,600 farmers have been admitted to hospitals in Yavatmal due to exposure to poisonous pesticides while 36 have died over the past one month.

The pesticides controversy has been a hot-button issue in Vidarbha and Yavatmal in the past month. Many political leaders including opposition leaders have visited Yavatmal but Mr Fadnavis did not turn up till today. Even Nana Patole, a BJP MP from Vidarbha’s Bhandara Gondia, had criticised Mr Fadnavis for not visiting the farmers.

On Sunday, Mr Fadnavis reached Yavatmal in an attempt to erase this criticism and personally took stock of the situation.

Mr Fadnavis later tweeted saying that he has given instruction for strict action against the company that manufactured the pesticides as well as unauthorised resellers.