The AC train is currently undergoing trials with the WR after being handed over by the Central Railway (CR) in May this year. 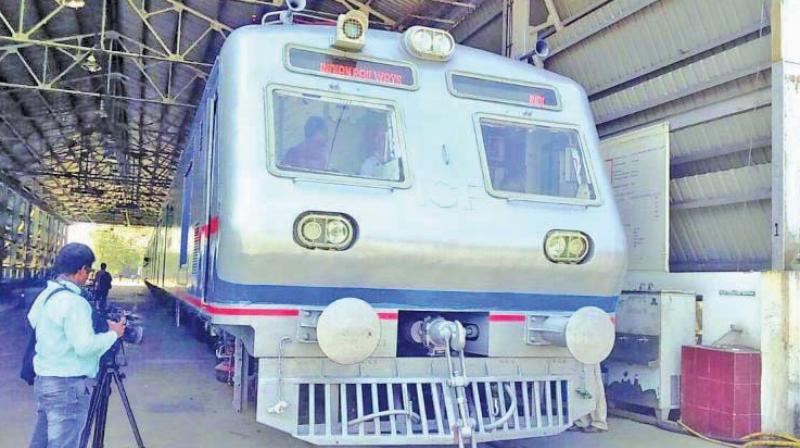 The AC train is currently undergoing trials with the WR.

Mumbai: The Western Railway (WR) has asked the Maharashtra police to provide help in the form of the manpower to manage the crowd once the air-conditioned (AC) local trains run on its line. WR officials said they do not know how they would be able to manage to get all the commuters into the train before the automated doors close. WR said it would need more security personnel than the ones currently available, who are already tied up with various functions.

The issue of the how to get commuters to stop entering if the AC train coach is full, has been debated and officials have also discussed hiring a private security agency but the railways is not sure if it is financially feasible. Hence, in a meeting with the Mumbai police, the WR put forward its request for backup once the AC train is up and running.

An official from the WR said, “It is a well-known fact that the number of security personnel that is both the RPF (Railway Protection Force) and the GRP (Government Railway Police) are not enough to deal with the number of commuters that travel on our system every day.” The problem with crowd management is even more peculiar with regards to the AC train, the official further said. “Mumbai commuters have a tendency to squeeze themselves in, no matter how crowded the coach may seem. This is still understandable in a normal train but in the AC train the doors will close and there are fears that the commuters might either get stuck in the door if/when it closes or the door would not close at all.” The railways has, as a result, asked the Mumbai police to look at wherever it can find manpower to give to the railways. The official said, “It can be anything, maybe additional home guards or some other state security personnel but until Mumbai gets used to AC train we have no other option but to have security personnel to guide them.”

The AC train is currently undergoing trials with the WR after being handed over by the Central Railway (CR) in May this year.