BJP chapter over for us: Sanjay Raut

The Sena MP also reiterated that his party’s chief minister would rule Maharashtra for the next five years. 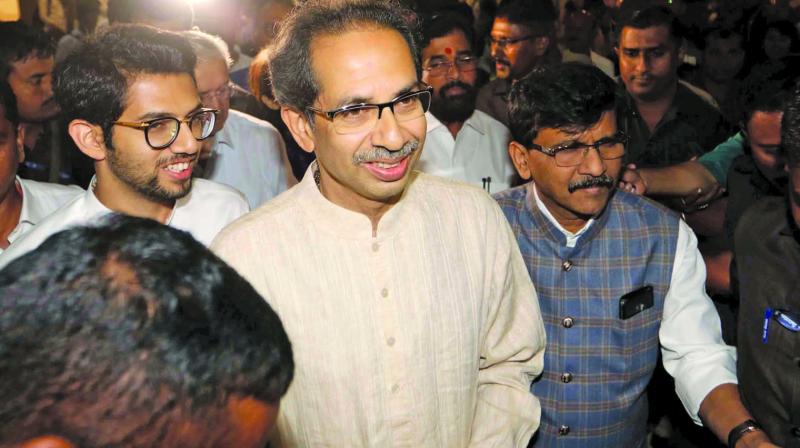 Mumbai: Shiv Sena MP Sanjay Raut on Friday took at a jibe at erstwhile ally, the Bharatiya Janata Party (BJP), stating that his party would not side with the Amit Shah-led party now, even if it offered Lord Indra’s throne.

The Sena MP also reiterated that his party’s chief minister would rule Maharashtra for the next five years. “Shiv Sena has decided to make its own leader the CM and Maharashtra would get a strong leadership very soon,” he said while denying reports that Sena was offered the CM’s post by the BJP.

Commenting on the reports of BJP giving up the chief minister’s position for the Sena, Mr Raut said, “We did not get any proposal from the BJP and the time for it is already over.”

The executive editor of ‘Saamana’ also slammed the BJP for trying to influence Mhaarashtra’s politics from Delhi. Hitting out at the ‘big leaders’ in Delhi — an apparent dig at the BJP leadership, Mr Raut said that they would not be able to change the political horoscope of Maharashtra as it is the state of Chhatrapati Shivaji Maharaj.

Mr Raut was hopeful that an alternate government will soon be formed in the state. “President’s Rule is currently in the state and there is a procedure which has to be completed before formation of the government.”

Mr Raut, the face of Sena’s divorce with the BJP, was also said to be NCP chief Sharad Pawar’s choice for the chief minister’s post. However, Mr Raut denied any such report.

Mr Raut also informed the media that Mr Thackeray and Mr Pawar held a meeting on Friday where both leaders concluded that the Sena-NCP-Congress alliance would form the next government.

Cracks began to appear in the ‘Mahayuti’ (BJP-Sena alliance) after the Sena demanded rotational chief ministership and equal sharing of power in the aftermath of the Assembly election results.