The brains behind the operation, who supplies turtles to the entire city from Kurla is yet to be arrested. 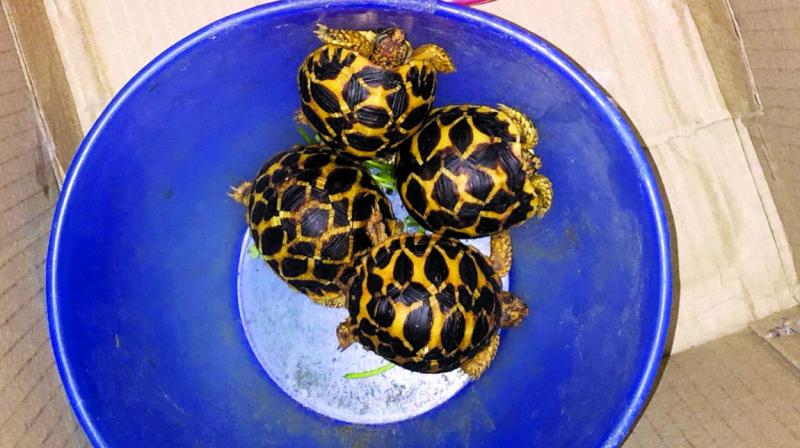 Mumbai: A pet shop in Bhayandar where turtles were being sold illegally was raided on Wednesday night. Posing as buyers, two animal rights activists interacted with the shop’s owners while the local police and forest officials, in a coordinated effort, raided the shop and seized four star tortoises, a schedule IV species. The shop’s owners have been arrested, but the brains behind the operation, who supplies turtles to the entire city from Kurla, is yet to be found. The government had recently come out with a notification to regulate pet shops.

The raid came in the wake of a police complaint filed against Abdul Khan, who is the owner of Blue Waves pet shop in Nalasopara (west). Mr Khan was arrested under the Wildlife Protection Act, 1972 (WPA) and Prevention of Cruelty to Animals Act, 1960. Nirali Koradia from the NGO People For Animals (PFA) led the raid. The custody of the animals has been given to the forest department. “Star tortoise trade over the years has been a concern. Trading in this species takes place in large volumes for their demand in pet trade,” said Ms Karodia.