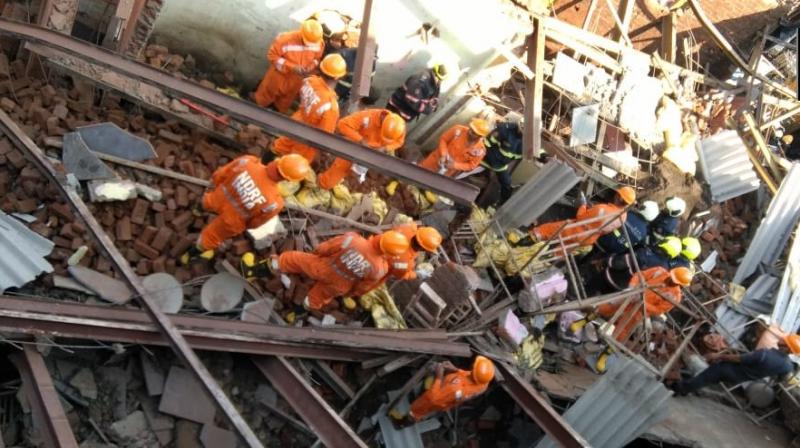 A team of National Disaster Response Force (NDRF) has reached the spot, and the rescue operation has been launched. (Photo: ANI)

Mumbai: At least, three persons were killed and eight others sustained injuries after an under-construction building near Azad Maidan in Mumbai's Goregaon collapsed on Sunday.

The incident took place in the morning when three-storey Mhada Chawl located in Motilal Nagar suddenly came crashing down. One of the deceased has been identified as 22-year-old Ramu. He was rushed to a local hospital where the doctor declared him brought dead.

A team of National Disaster Response Force (NDRF) has reached the spot, and the rescue operation has been launched.

The injured have been admitted Siddharth Hospital for treatment. The condition of those injured is said to be stable.

The reason for the collapse of the building is yet to be ascertained.