The passenger has confessed that the goods belonged to another person and was supposed to hand over to an Imran in Mumbai. 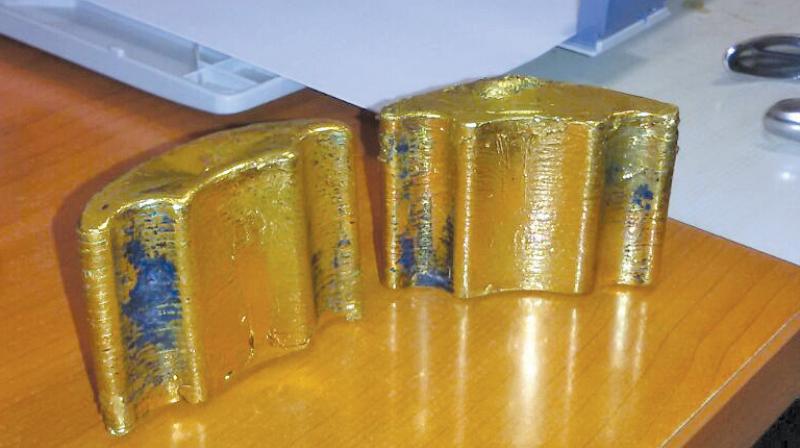 Mumbai: Three different people in respective cases have been arrested by the Air Intelligence Unit (AIU) officers in past two days for smuggling more than Rs 2 crore worth of gold. Each case has different modus operandi. According to officials, investigation is going on to get further details.

AIU officers intercepted a passenger, Rashid Manikoth, on January 22 who was holding an Indian passport on his arrival from Sharjah on Air Arabia Airways flight G9 401.

Officials said, “Upon searching him and his check-in baggage, we confiscated two pieces of crude gold weighing 1.009 kg worth Rs 27,33,098. The passenger had hidden the gold pieces in the armature core of the electric mixture grinder’s motor. The gold was being smuggled into India without payment of Customs duty and in contravention of provisions of the Customs Act, 1962.

The passenger in his statement has admitted that the above said gold belonged to a Mr. Karim in Sharjah, and he was supposed to hand it over to another person in Kasargod, Kerala.”

Officials also recovered pouches of Gutka (a type of tobacco) worth Rs 5459731.

The passenger has confessed that the goods belonged to another person and was supposed to hand over to an Imran in Mumbai.

An officer said, “Further investigations are in progress. All passenger arrested under ?the provisions of the Customs Act, 1962.”