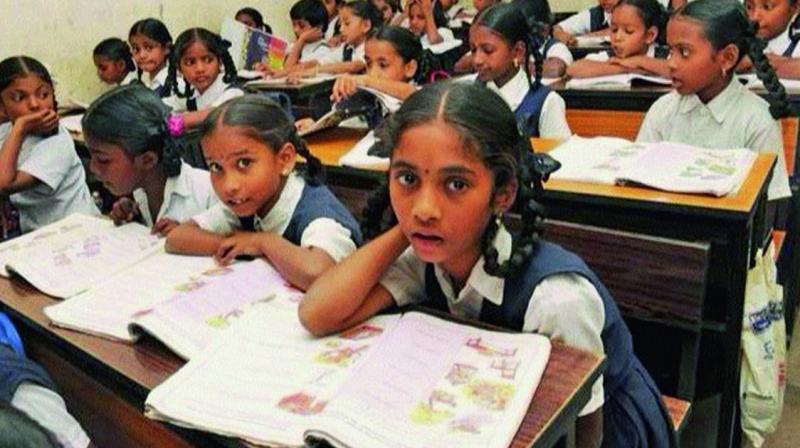 The said survey was conducted in 122 government-run schools, civic schools and zilla parishad schools across the state.

Mumbai: Fifty seven per cent of the schools in Maharashtra reportedly have no full-time headmaster, says a study conducted by Bal Hakk Abhiyan (BHA) supported by the Child Rights and You (CRY) foundation. The said survey was conducted in 122 government-run schools, civic schools and zilla parishad schools across the state.

According to Right to Children to Free and Compulsory Education, Act of 2009 every schools should have certain indicators. However, survey report stated that over 75 per cent schools in state do not follow these norms. The indicators include, availability of library, proper toilet facilities, proper school building, availability of teaching staff, headmaster, and playground and drinking water facilities, among other things.

B.P. Suryawanshi, the state programme head of BHA told The Asian Age, “In over 69 per cent schools, the teachers and students are cleaning toilet as there is no non-teaching staff available in these schools to do these chores. We expect the government to appoint staff for these activities.” According to him, the organisation had presented their survey to the government at the recent winter session. Along with this, they will submit the report to the state education department and the BMC education department, as around eight schools in Mumbai were included in the survey.

However, civic body officials feel that surveying only eight schools in the city to draw conclusions is unfair.

“We are doing so many things for our students and the survey is about only eight schools. They should check all our schools to see what we have done for our students,” said a BMC education department official on the request of anonymity