IMD takes back warning of hailstorms in north Maharashtra

IMD also mentioned that, the weather pattern is changing over the region now. 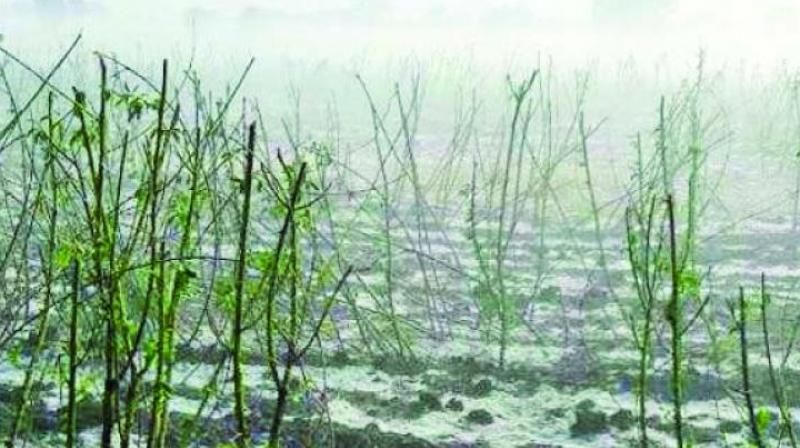 On February 11, hailstorm had destroyed several villages in central Maharashtra and Vidarbha causing damaged to crops more than 11 lakhs hectares.

Mumbai: Two days after it forecast hailstorms in North Maharashtra, the India Meteorological Department (IMD) today withdrew the warning saying the trough over the Himalayan region has weakened.

On February 11, hailstorm had destroyed several villages in central Maharashtra and Vidarbha causing damaged to crops more than 11 lakhs hectares. Due to the large-scale devastation of crops in the hailstorms, the IMD warning issued two days back had left the government machinery as well as farmers worried.

IMD also mentioned that, the weather pattern is changing over the region now. The area is now getting warmer and minimum temperature will remain on the higher side.

Few grams and pulses are nearing harvest in this region. Such types of crops require repeated drying; cultivators of turmeric have been advised to keep the produce indoors for the next few days. In adding together, the Met office maintained that the minimum temperature would might see a slight fall in west and central  parts during the same period.