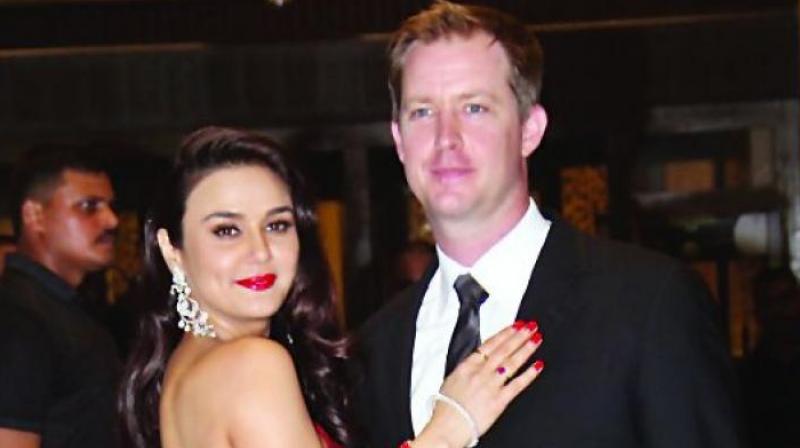 In his statement, Mr Goodenough narrated how Wadia allegedly abused Zinta. Other witnesses have also submitted their statements about how there were no seats available for Wadia’s family, especially in front row, due to which Wadia was angry.

The 200-page chargesheet has statements of 30 witnesses. According to Mr Goodenough on May 30, 2014 he was present at Wankhede stadium as Zinta’s guest. “During the match, Wadia came towards Ms Zinta and allegedly started abusing her as “f*** you, you f***** b****,” stated Mr Goodenough in his statement. Mr Goodenough was sitting between them.

Mr Goodenough told the cops that he held out his arms between Ms Zinta and Wadia and said, “That’s enough! This is over!” “I than told Wadia to go back to his seat. I spent the next 10 minutes calming Preity down as she was shaking and visibly distressed,” he has mentioned in his statement.

Cricketer David Miller’s father, Andrew Miller in his statement told the police that on May 30, he, his wife Jenny and Sonja (Glen Maxwell’s girlfriend) were seated in the designated area for the Kings XI Punjab and they were in the row behind Ms Zinta.

During strategic timeout his wife had left for some refreshment. “I noticed that Ms Zinta and Mr Wadia were in discussion. The stadium loudspeakers were playing loud music so I did not hear any conversation at all. I know what they were talking about. But at one point of time Mr Goodenough got up from his seat and separated the two,” said Mr Miller in his statement.

The police has charged Wadia with sections 354 (assault or criminal force to woman with intent to outrage her modesty), 509 (Word, gesture or act intended to insult the modesty of a woman), 504 (intentional insult with intent to provoke breach of the peace) and 506 (criminal intimidation).