12 forest officers to save beach from stray animals 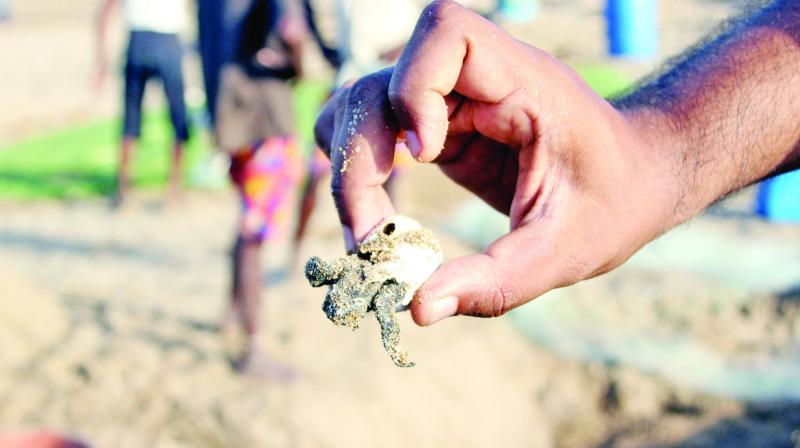 There are plans to build a turtle rescue centre,

Mumbai: The state mangrove cell will be deploying 12 forest officers to monitor the site and protect it from stray animals. It has also asked the locals to not dig pits for crop cultivation for another 10 days. It has also stated that a turtle rescue centre like the one in Dahanu beach should be proposed at the site. Meanwhile, environmentalists have suggested that the beach should be cordoned off and there must be a check on human activities like clean ups for some time as it will disturb the turtle nesting sites.

“We are going to deploy forest officers who will monitor the site for another ten days to check for other possible nesting sites in the beach. They will carry out surveillance on regular intervals,” said N. Vasudevan, additional principal chief conservator of forest, state mangrove cell.

Harish Pandey, a Mumbai-based environmentalist said, “At this point, the forest department should be a rigorously researching and studying the possibility of this occurrence at the site. The place should be monitored for more possible nests and any human activities including the clean up should be stopped for some time,”

“The area should be completely cordoned off immediately and the lightings at the beach should be regulated to suit turtles as a well lit area like the Versova beach makes it unlikely for the olive riddleys to choose it for a nesting site,” said Stalin Dayanand, Project Director, NGO Vanashakti.

The mangrove cell also stated that in 2018, the mangrove body is going to engage officers and locals at the Versova beach from October to March to provide precautionary measures and check for any such occurrence or sightings.