Chickenpox on the rise with soaring temperatures

Khan said that apart from prolonged fever, such patients also suffer from decreased appetite and develop blisters and rashes. 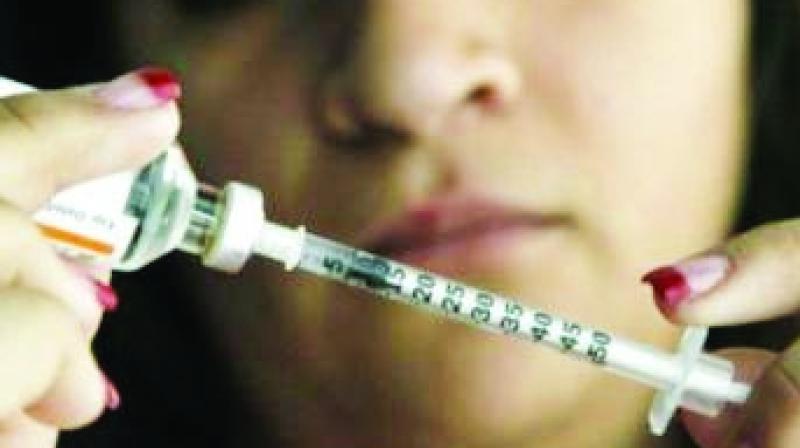 Clusters of blisters around the trunk and severe itching are quite common among chickenpox patients. (Representational Image)

Mumbai: According to doctors in major civic-run hospitals, cases of chickenpox and respiratory illnesses are on the rise with the rise in mercury levels. The municipal health department has released an advisory on preventive and precautionary measures for chickenpox. A viral infection, chickenpox thrives in fluctuating temperatures and mainly affects children.

Executive health officer, Dr Padmaja Keskar, said, “In view of the increase in the number of chicken pox cases in some parts of the city, preventive measures are to be undertaken at the ward level for prevention and control of the disease.”

After receiving the advisory, civic hospitals have been asking patients to be aware of the symptoms, stop self-medication, and if found positive with chicken pox virus to quarantine themselves at home as not everyone can be accommodated in hospitals.

Dr H. Khan of state-run J.J. hospital, said, “Chicken pox is caused by the varicella-zoster virus which is most contagious. The person diagnosed with chicken pox should remain in isolation. Once the vesicles are formed, it takes around four to five days for the lesions to crust. The infectivity of a patient drops to 20 per cent after crusting. Chickenpox patients complain of rashes, especially in the trunk area.”

Dr Khan said that apart from prolonged fever, such patients also suffer from decreased appetite and develop blisters and rashes. Clusters of blisters around the trunk and severe itching are quite common among chickenpox patients.

Dr Om Srivastava, infectious disease consultant, said, “Patients with fever should immediately visit a doctor as the virus is highly contagious and is carried through air.”