However, BEST public relations officer Hanumant Gophane denied having cut the power supply to these offices. 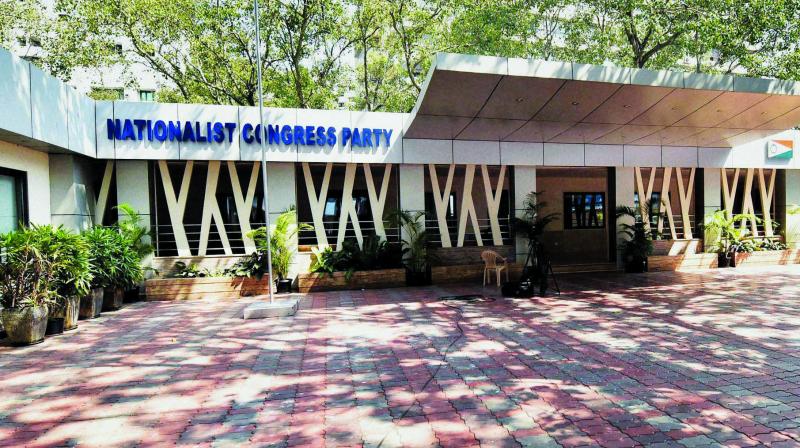 NCP said that it cannot shift its Nariman point office.

Mumbai: In a surprise move, the electricity supply to the Nationalist Congress Party (NCP) and Congress and Shiv Sena offices at Nariman Point was cut at 7 pm on Saturday in order to begin work for the Vidha Bhavan station of the Colaba-SEEPZ Metro-3 underground corridor. While parties blamed the Mumbai Metro Rail Corporation (MMRC) for the haphazard decision, the Brihanmumbai Electric Supply & Transport (BEST), which provides electricity, has surprisingly feigned ignorance about the power cut.

Spokespersons of various parties have claimed that the electricity was cut on Saturday night and that they had been trying to get in touch with MMRC to resolve the issue. They claim MMRC isn’t responding to them properly.

NCP spokesperson Sanjay Tatkare has come out saying that the MMRC has not held up its end of the bargain. He said, “We had been told that we would be given an office in Ballard Pier, and that the interiors would be done by MMRC. However that has not happened, hence we cannot move.” Mr Tatkare has also said that unlike Sena and Congress, the NCP does not anywhere else to go, “Sena and Congress have big offices elsewhere but we don’t have that option. So unless the MMRC gives a viable alternative, we will not shift. Our electricity and water supply have both been cut.”

Congress spokesperson Sachin Sawant too expressed surprise at the sudden decision. He said, “We also had a meeting with them recently and we’re supposed to meet on Monday for talks on shifting our office material. This was surprise for us.”

He added, “We have been continuously in touch with Metro officials. The procedure to finalise alternate premises was in its last stage.”

However, BEST public relations officer Hanumant Gophane denied having cut the power supply to these offices. “The supply is still on from our end,” he said. The MMRC had, in December of last year, issued notices to all the political parties to shift their offices to Ballard Pier beginning from 26 of that month.