Metros   Mumbai  24 May 2017  Mom of man held in Pakistan has little to say
Metros, Mumbai

Mom of man held in Pakistan has little to say

Shaikh was also questioned after his name allegedly came up during interrogation of a terror suspect who was caught in Gulbarga. 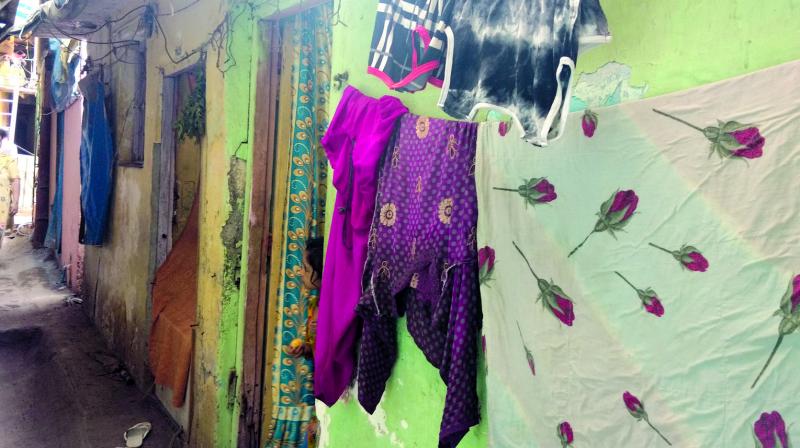 The house at Jogeshwari (E) where Nabi Ahmed Shaikh alias Taj once lived.

Mumbai: The mother of Nabi Ahmed Shaikh alias Taj — who was arrested by security agencies in Pakistan on Friday —told The Asian Age that he had gone missing from Mumbai 11 years ago after which she had not seen him.

Shaikh’s mother Shakeela, when contacted at her Malad home, where the family has been staying for the past seven years, said that she wanted her son back and that he should return. Asked further about Shaikh, she said that the query should be directed to Meghwadi police and was not forthcoming on any more details about her son.

“It has been 11 years since Shaikh left home and has not been in touch with us. I want him to come back,” Shakeela told this newspaper. When asked if Shaikh was involved in suspicious activities, she said, “We have told whatever is there, to the police and they should be talking about this.” Reluctant to give any more information, she slammed the door on this correspondent when asked whether “Taj Nabi” who was in the news for being arrested for incomplete travel documents was indeed her son.

Shaikh is suspected to be the man the state anti terrorism squad (ATS) was keeping under its watch before he fled to Pakistan by illegally crossing over the international border and was staying there after taking terror training. According to ATS sources, Maharashtra ATS questioned a person named “Nabi Ahmed Shaikh” in 2006.

Shaikh was also questioned after his name allegedly came up during interrogation of a terror suspect who was caught in Gulbarga in mid-2000s. Police sources said that Shaikh, along with two others (Bada Imran and Chhota Imran), was named as suspect by the arrested terror suspect.

“The person who was questioned by us, Nabi Shaikh, in 2006, was found to be associated with activities of the Students’ Islamic Movement of India (SIMI). He was also questioned in the triple blasts of 2002-2003 as suspect but was not arrested. It is not known whether he is the same Nabi. We are in touch with the government of India for getting further details,” said an ATS officer, requesting anonymity.

Shaikh’s neighbours meanwhile said that the family was “good” and the children were educated.