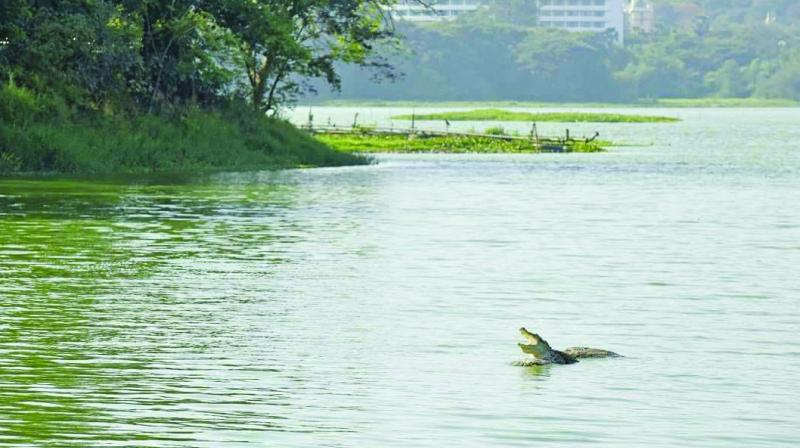 Due to the food chain, the algal bloom in the water adversely affects even human beings apart from the fishes in the lake that are not able to survive.

Mumbai: If you visit Powai lake, you are likely to be taken aback by the colour of the lake. Its once clear, transparent waters have now taken on a bluish-green hue. A testing of its water sample on Monday revealed that an excess of algae in the lake has led to this loss of transparency.

“The condition of the water is constantly deteriorating. Due to the food chain, the algal bloom in the water adversely affects even human beings apart from the fishes in the lake that are not able to survive.”

“The Municipal Corporation of Greater Mumbai (MCGM) maintains the lake but it also the responsibility of the institutes surrounding the lake to help maintain it,” said Dr Salaskar.

Last year, the Plants and Animals Welfare Society (PAWS) had filed a complaint against the MCGM, alleging that they were allowing drainage water into the lake. Last year BMC officials were requested to keep all aerators operational so that the dissolved oxygen levels are normal during the early hours of the morning for the fishes.

Additional Municipal Commissioner Sanjay Mukherjee was not available for comment.

Dr Salaskar said studies have shown that algal bloom can be harmful to people coming into contact with the lake water and also to animals consuming water from such water bodies.  The presence of the algal bloom is hence said to be harmful. “There is a need to clear the algal bloom from the water before is affects the fishes massively,” he said.