The monsoons have arrived in city and have brought with them the menace of diseases like dengue. 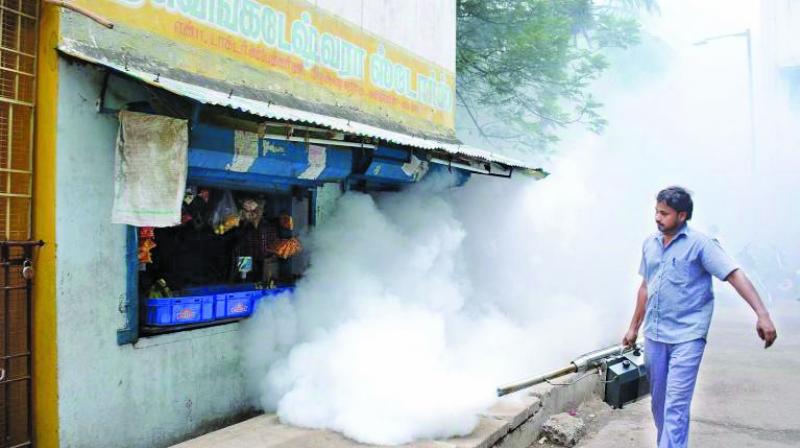 A BMC staffer fogging at L-ward.

Mumbai: A dengue-like illness is being witnessed all over the city. The BMC’s health officials have collected samples and sent them to the National Institute of Virology (NIV) in Pune to examine the virus. Around 25 such cases are being reported daily.

The monsoons have arrived in city and have brought with them the menace of diseases like dengue. Every year, thousands of people across the country are affected by it and many succumb to the disease as it affects the liver and kidneys.

Talking to The Asian Age, a civic official said, “We have been getting 25 patients everyday, who are displaying symptoms which are like dengue but not dengue. We have sent the virus for testing to see whether any mutation is left or not. We have been trying to educate Mumbaikars on how to maintain hygiene and avoid faulty food habits.

This time BMC will also conduct 100 health camps across the city. Last year, cases of jaundice and gastroenteritis were reported along with dengue, malaria, and leptospirosis in most civic hospitals.