Mumbai civic body will crack down on violators from Monday. 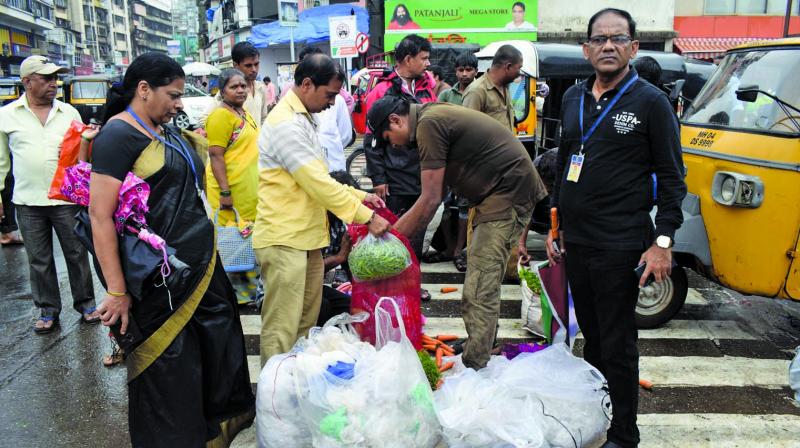 Mumbai: Around Rs 7 to 8 lakh was collected on the first day of implementation of the plastic ban after action was taken against over 150 traders on Saturday, said environment minister Ramdas Kadam. The government has asked plastic manufacturers to stop production of banned items and the common people are supporting the ban, he said.

Implementation of the plastic ban started from Saturday across the state and local bodies took action against traders by slapping fines and seizing plastic material and thermacol.

The Pune and Nashik corporations cracked down on traders for effective implementation of the ban. Both corporations imposed fines of up to Rs 4 lakh, each. Meanwhile, the Brihanmumbai Munic-ipal Corporation will start taking action agai-nst traders and common people from Monday.

In Nanded, six teams were formed for inspection of shops, and they raided four places and recovered fines worth Rs 20,000.

Mr Kadam said that all corporations and local bodies were gearing up for implementation of the ban and action would be taken against traders stocking banned plastic items. The environment department was monitoring and coordinating with local bodies, he said.

As per directions issued by the environment department, all local bodies had set up teams for inspection and raids. These teams had been asked to target traders and not comman man. The government was taking action against manufacturers and traders.