The FDA officials have received the correspondence and will carry out a survey and send notices to the concerned department. 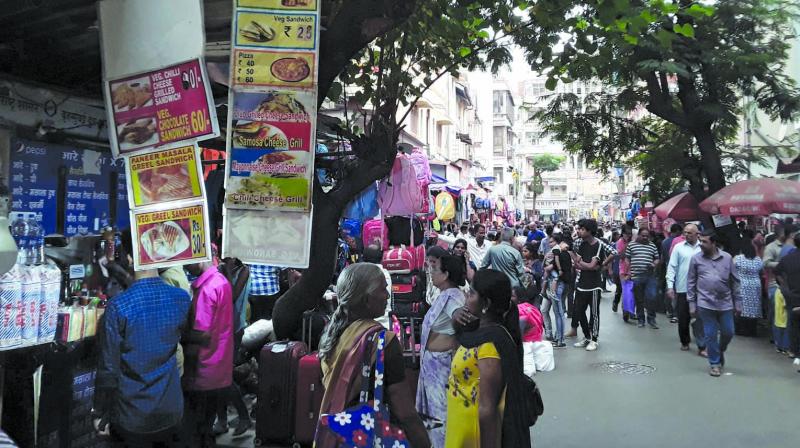 People are seen near food stalls outside a school premise in Dadar on Sunday. (Photo: SHRIPAD NAIK)

Mumbai: The Food Safety and Standards Authority of India (FSSAI) has proposed curbing advertisements of unhealthy food such as High Fat, Salt and Sugar (HFSS) in and around school premises.

This action was proposed in an attempt to promote safe and wholesome food among school children, FSSAI CEO Pawan Kumar Agarwal said. The FDA officials have received the correspondence and will carry out a survey and send notices to the concerned department.

“We have proposed to curb advertisements and promotion of food which are not healthy in school premises and of 50 metres of its surroundings,” Mr Agarwal said.

He also stated that the regulation was proposed so that school children prefer eating healthy food instead of junk food. The FSSAI, in its draft has defined healthy diet based on some parameters.

“How do you define a healthy diet? That is at the heart of that regulation. We cannot only say that processed food is unhealthy. Various Indian dishes can be unhealthy too. Therefore we have to have a matrix that defines healthy food fairly and objectively,” said, Mr Agarwal adding that they have come out with a draft regulation that will be in place. The draft has been sent to the health ministry for approval.

An FDA officer said, “It’s a good decision that the FSSAI has decided to ban advertisements around 50 meters of the school. Junk food ads around schools attract children towards it and they are tempted to eat them. This results in child obesity”.