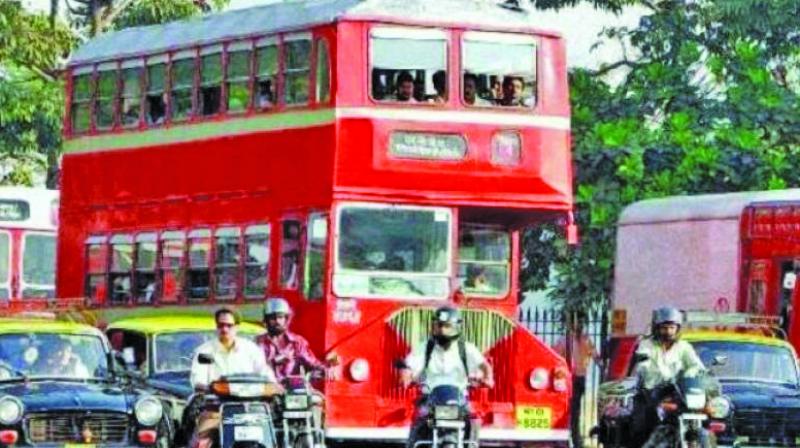 The members said that BEST’s fail-safe system of issuing old tickets proved to be useless with most passengers taking advantage of the chaos.

Mumbai: The Brihanmumbai Electric Supply Transport (BEST) committee panel claimed that passengers got free rides after almost 36 per cent of the ticketing equipment from Trimax Company failed. The members said that BEST’s fail-safe system of issuing old tickets proved to be useless with most passengers taking advantage of the chaos.

Member Sunil Ghanacharya said, “At a time when we (BEST) need to bring in as much revenue as we can, around 36 per cent of the machines that give you tickets are out of order.” The issue was reported  a month ago after which conductors were told to issue old grid-tickets but these fell short.“The grid-tickets are obviously not updated with grids valuing current fares. For example, there is no `12 grid so conductors gave out three ticket of the `4 grid, exhausting the `4 grid within an hour, and passengers gladly took free rides,” he added. Committee members like Ravi Raja expressed displeasure saying, “This is about revenue. We are asking for money from others and don’t have the means to collect fares for services provided.”

GM Surendrakumar Bagade responded saying, “We have been addressing the issue and the the number of defective ticketing machines has come down. We are trying to bring down the number of buses that ply without these machines to zero, but we don’t think there has been much loss of revenue.”

As per a report, Anik depot at Vadala tops the list of depots that have seen a high percentage of buses plying without machines on August 21 with 61% followed.