Bullet train is stalled for now

With an eye on 2019 polls, state govt puts hold on land acquistion. 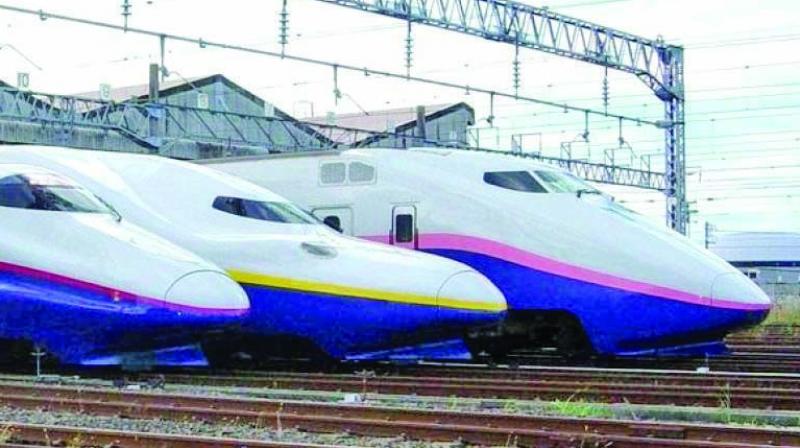 The state government does not want to forcibly acquire land ahead of the Lok Sabha and state assembly polls in 2019.

The Mumbai-Ahmedabad bullet train is the dream project of Prime Minister Narendra Modi, which is expected to be complete by 2022. A MoU was signed by the Indian government and Japan on December 12, 2015. The Japanese International Corporation Agency sanctioned 80 per cent loan at 0.5 per cent interest for the project, which is estimated at `1.10 lakh crore.

But the Shiv Sena, the Congress and the NCP have opposed the project. The farmers from Palghar and Thane districts are not ready to give up their lands although they have been offered five times the compensation as per the ready reckoner rate.

The  Thane and Palghar farmers and residents have been very very aggressive about their opposition to the project.They are not allowing revenue officers to enter the village to measure land for acquisition, said revenue department sources.

It is now very difficult for the Devendra Fadnavis government to go ahead with forcible possession, considering the upcoming Lok Sabha and Assembly polls. Even though BJP’s Rajendra Gavit won the recent Palghar bypoll, he faced a tough fight from Sena.

If the government goes ahead with forcible possession, it will affect the BJP adversely while benefitting the Sena, said sources. By declaring a special package like the Navi Mumbai airport, the government will try to acquire the land by consent by  December 2018.