Sachin Sawant questioned why the administration was only removing posters of Opposition parties when the model code of conduct was for everyone. 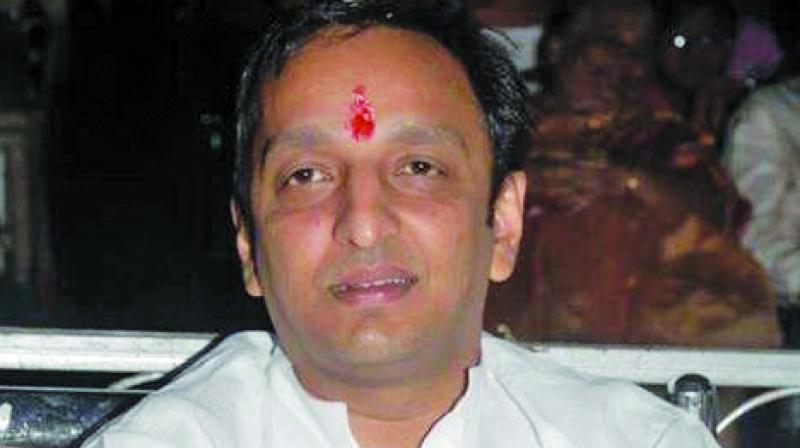 Mumbai: Maharashtra Pradesh Congress Committee (MPCC) secretary Sachin Sawant has written a letter to the Election Commission (EC) to remove all posters and banners of Prime Minister Narendra Modi and the state government from various districts of Maharashtra.

He has urged that all state government advertisements on state transport buses, petrol pumps and public places be removed immediately. He has requested the Chief Election Officer to direct the state administration to remove all such posters as soon as possible.

While addressing the press, Mr Sawant said that while political banners were being removed, it was seen that only posters of Opposition parties and not those of the Prime Minister were being removed from petrol pumps. He demanded that all these posters be removed soon.

With the EC having declared the state Asse-mbly elections Saturday, the Model Code of Conduct (MCC) has come into immediate effect throughout Maharashtra. Hence, the state administration has started removing posters and advertisements of all parties.

“We are not opposing it but as per rules, all political posters and banners need to be removed but it is being seen that many petrol pumps continue to display posters of Mr Modi,” said Mr Sawant.

He questioned why the administration was only removing posters of Opposition parties when the model code of conduct was for everyone.

He alleged that the state government had advertised its policies and decisions at bus depots and railway stations and on state transport buses and transport vehicles of local corporations and these posters, too, had not been removed yet.

“I was expecting that after the announcement of elections, the EC will give orders to remove all these posters but that did not happen. Ultimately, I had to write a letter,” said Mr Sawant.