Only renewal of the passes was being done owing to poor condition of the machines. 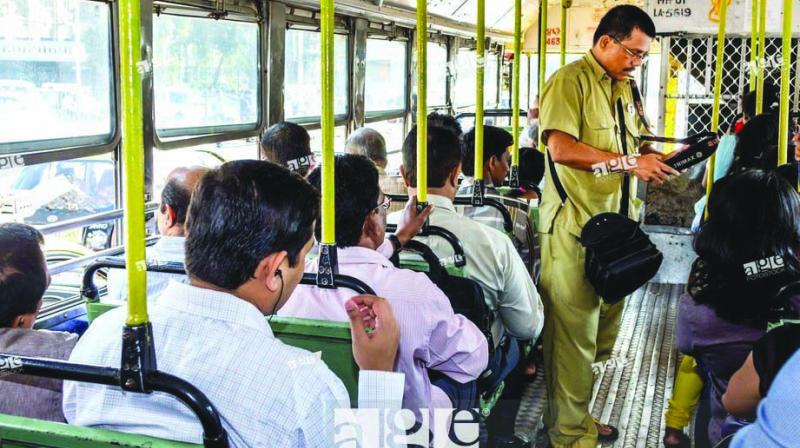 Mumbai: The BEST committee Tuesday rejected the BEST administration’s proposal to induct more ticket blocks for paper tickets in BEST buses. The rejection of paper tickets came on the backdrop of the committee reintroducing the electronic ticketing system, Trimax.

BEST committee member Sunil Ganacharya said that the existing paper ticket system did not have the facility for tickets to senior citizens and divyang (differently-abled) commuters. Even a one-day pass was not available.

He said that the Trimax machines (ticket issuing machines) had not been working since the last four months, resulting in a tussle between passengers and conductors.

“The proposal is not an arrangement of stock gap of paper tickets at the depot. The passengers are not going to get the benefits from the move,” he claimed.

Meanwhile, the administration informed that new passes were not being issued. Only renewal of the passes was being done owing to poor condition of the machines.

BEST officials said, “Less than 20 per cent of the machines are in working condition."

Opposing the ticket paper blocks, BEST committee member and Shiv Sena corporator Anil Kokil said that the administration should implement the approved proposal of 2016, which was already sanctioned by the committee.

The proposal was to procure new Trimax machines (close to 8,000) with the latest features.

But the administration did not implement the proposal and now they have come up with the paper block proposal, which was a return to the traditional ticketing system at a time when all modes of ticketing had become advanced.