Over 4 buildings have collapsed in the last 4 months in Mumbai, because the old foundations give in to the heavy rains during monsoon. 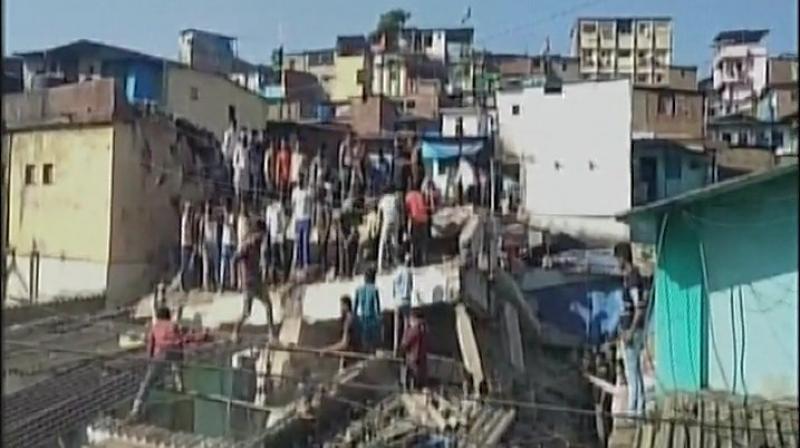 Rescuers were clearing the debris in the Bhiwandi slum area to search for several people feared trapped underneath.(Photo: ANI/Twitter)

Mumbai: Part of a three-story building collapsed on the outskirts of India's financial capital of Mumbai on Friday, killing at least one person and injuring five others, an official said.

Rescuers were clearing the debris in the Bhiwandi slum area to search for several people feared trapped underneath.

Krishan Kumar, a National Disaster Response Force official, said the injured were being treated at a nearby hospital.

At least four buildings have collapsed in the past four months in Mumbai, where thousands of structures are more than a century old, their foundations weakened by years of heavy rains during the annual June-September monsoon season.