Several companies of CRPF and RAF personnel were flown to Mumbai and all of them were deployed all across Mumbai. 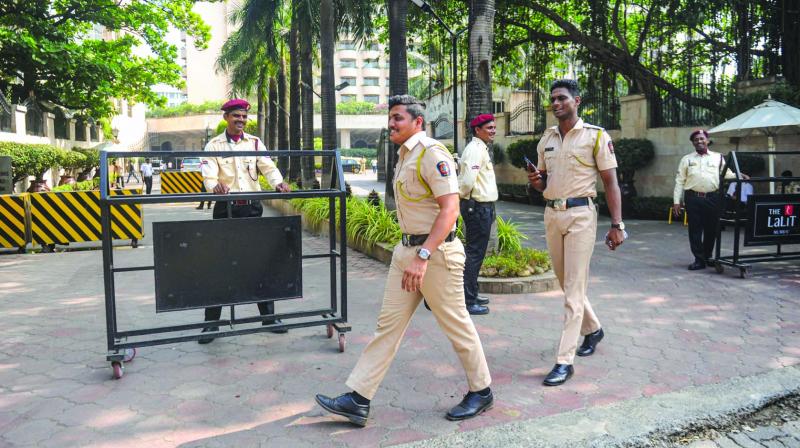 Hyderabad: Just like they did before scrapping Article 370 from Jammu and Kashmir, the Union home ministry quietly rushed large contingents of security personnel deployed in other states, including Telangana, to Mumbai, hours before the Saturday morning “coup” by the BJP, which paved the way for a BJP-NCP coalition government in Maharashtra. Fears of a severe backlash by the Shiv Sena cadres in the wake of the early morning developments today is what led the home ministry to rush in additional paramilitary forces at the last minute.

Among the forces were a large number of personnel of the Rapid Action Force (RAF), a specialised wing of the Central Reserve Police Force (CRPF), which deals with riot-like situations and related unrest.

Sources told this newspaper that Friday evening, while RAF personnel were still on bandobust duties for Friday prayers — sensitive from the security point of view in the aftermath of the Ayodhya verdict — officials in the union home ministry swiftly issued instructions to immediately move the forces to Mumbai.

The move came in view of the anticipation that Shiv Sena cadres would take to streets once Devendra Fadnavis would take the oath as chief minister early this morning. Though nothing untoward was reported today, what with all parties brainstorming on their future moves, the Maharashtra police nevertheless stepped up the alert.

By late last night, several companies of CRPF and RAF personnel were flown to Mumbai and all of them were deployed all across Mumbai much before Fadnavis took the oath. In all, about 30 companies (over 100 personnel each in one company) were flown to Mumbai. This is besides a battalion of RAF and CRPF each already stationed in Mumbai.

“Most of them have been deployed in and around Mumbai besides the Konkan coastal areas, considered Shiv Sena strongholds. The deployment will be in place for the next few days,’’ they said, adding that Maharashtra police is expecting sporadic protests by the Sena, which could turn violent.

Depending on how the situation unfolds over the next 48 hours, the home ministry will take a decision on moving more numbers of central paramilitary forces to Mumbai. More companies of paramilitary personnel have been kept on standby.

With tempers running high, especially after the early morning developments which ended with Fadnavis taking oath as the chief minister for the second time, the MHA is in constant touch with the Maharashtra police.