Probe will be carried out into Gopinath Munde’s death: NCP

The Election Commission of India denied the charge and asked the Delhi police to lodge a FIR against the “expert”. 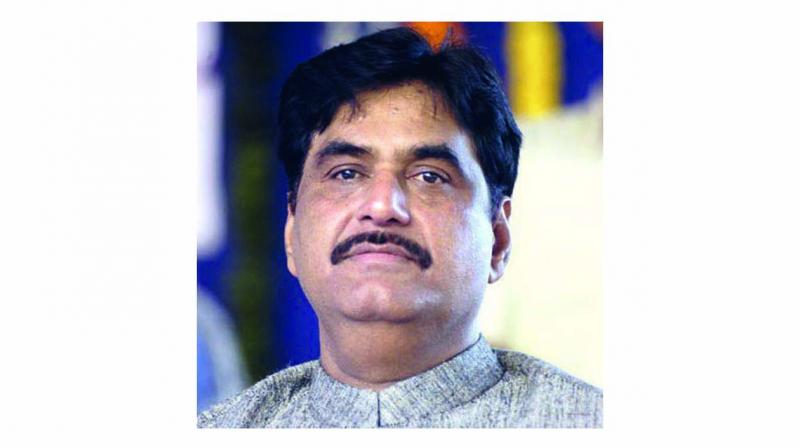 MUMBAI: A detailed probe will be carried out into the death of former Union minister Gopinath Munde after the NCP and allies form the next government, the party’s Maharashtra unit chief Jayant Patil said Thursday. Mr Patil’s remark comes a few days after a “cyber expert” claimed that senior BJP leader Munde was “killed” as the latter was aware of the alleged hacking of electronic voting machines (EVMs) in the 2014 Lok Sabha elections.

The polls had been won by the BJP-led ND at the time. The cyber expert, identified as Syed Shuja, who is seeking political asylum in the US, last Monday claimed that the 2014 polls were "rigged" through EVMs, which he said, could be hacked.

The Election Commission of India denied the charge and asked the Delhi police to lodge a FIR against the “expert”. Shuja did not provide any proof to back his claims made at a press conference in London which he addressed via Skype. Munde died in a road accident in New Delhi in 2014, a week after taking over as the rural development minister in the Narendra Modi cabinet. “The responsibility of tracing who is responsible for Munde's death is with us. How he was killed has to be probed. Hence, a detailed probe will be carried out when our government is formed in the near future," said Mr Patil at a rally at Vasmat in Hingoli district.

The rally was organised as part of the third leg of the NCP's “Parivartan Yatra”, a public outreach programme.

Mr Patil said that “it did not augur well” if a leader like Munde died allegedly in connection with an EVM-related matter. The former Maharashtra minister also hit out at Prime Minister Narendra Modi and chief minister Devendra Fadn-avis on issues such as the farm loan waiver and Dha-ngar quota, respectively.”