The estimated cost of the extension is currently pegged at around Rs 3,600 crore. 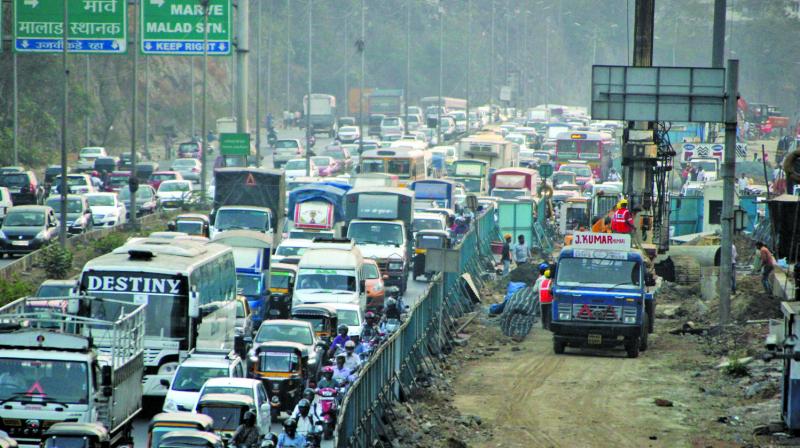 Mumbai: The civil works for extension of the 8-km-long Metro corridor beginning from Dahisar up to Bhayandar will begin from December 2017. The extension is part of an interconnecting network of both the Dahisar — DN Nagar Metro-2A and Dahisar east — Andheri East Metro-7 corridor.

The Mumbai Metropolitan Region Development Authority (MMRDA) is building the extension in order to decongest local suburban trains and for the motorists travelling via the Western Express Highway (WEH).

Pravin Darade, additional metropolitan commissioner, MMRDA said, “The Delhi Metro Rail Corporation (DMRC) is in the process of completing the detailed project report (DPR). Once, the DPR is prepared by the end of April we would be able to begin civil works for the extension by the year end.”

According to the initial plan, the extension up to Bhayandar would be of around 8-km and there could be nine stations considering the concept of having metro stations at every one kilometre. Also, the estimated cost of the extension is currently pegged at around Rs 3,600 crore.

However, the civil works on the extension is also likely to create traffic snarls at the Dahisar toll booth that handles the traffic entering Mahahrashtra from Gujarat via the National Highway 8. Currently, the MMRDA is carrying out civil works on the WEH and the link road, which has resulted in traffic snarls due to two lanes on one side of the road being occupied by metro works.

Meanwhile, the MMRDA is not yet sure about building another car depot for the extension. “There is land available at the end of Bhayandar. If that land is not made available, we will keep the rolling stocks at the Dahisar metro car depot that is being constructed for the Metro-2A and Metro-7 corridor,” added Mr Darade.

The extension was considered after the residents of Mira Road, and Bhayandar had demanded a metro corridor in their area.

An internal study by the MMRDA had revealed that a local train commuter in the city barely gets one square foot of space for travelling during the peak hours.