The letter doing the rounds on social media says that Sena is strong enough to tackle the BJP. 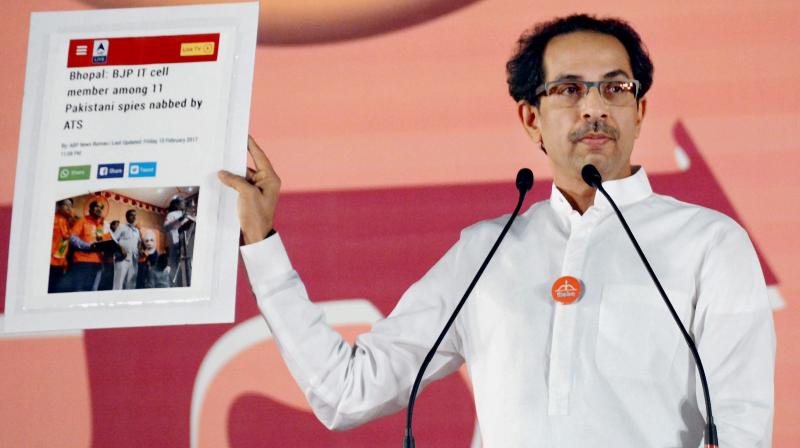 Mumbai: “Uddhavji go with Congress, we won’t mind it, but then if you go with BJP, then we will never accept,” said a message allegedly circulated by Shiv Sainiks. The message is being reportedly circulated by Sena followers. Many in Shiv Sena fear that the party will once again join hands with BJP, like in Kalyan-Dombivali. 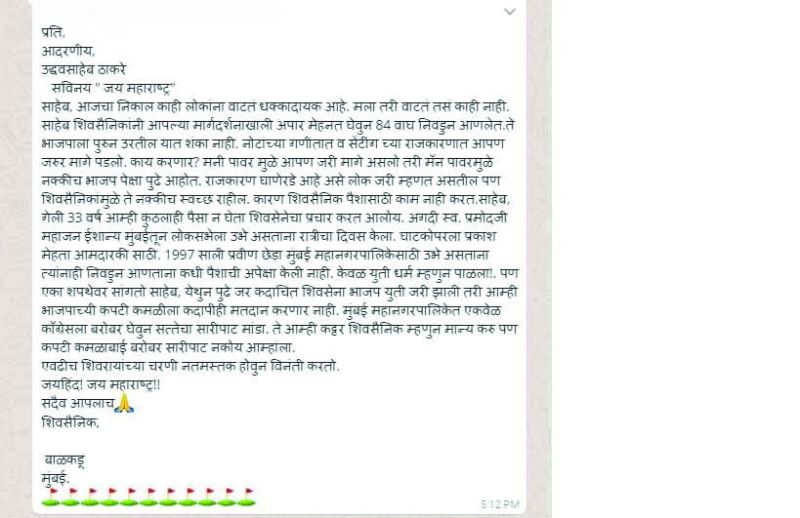 The Shiv Sena and BJP has fought a bitter battle in the BMC elections, after Uddhav Thackeray, decided to go solo and announced that there will be no alliance with the BJP in the future.

However, the results have brought BJP and Sena to a juncture where both the parties will need each other or support of Congress to win the mayoral contest.

The letter also says that “the Shiv sainiks won’t mind an alliance with Congress, but not with Kamalabai (BJP), this is a request.”

The Shiv Sena and BJP in 2015 had fought a bitter battle in Kalyan-Dombivali municipal corporation. There were speculations of Uddhav Thackeray snapping alliance with the BJP at state level. But after the results were announced both the parties joined hands and even decided a policy under which parties shared power.

After the break up of alliance in January, Shiv Sena claimed that it has put the government on “notice period”. Manisha Kayande, Shiv Sena spokesperson said, “There is no decision on alliance yet, Uddhavji hasn’t decided anything about this. The letter that is being circulated on social media, its authenticity needs to be checked.”