Mum-Pune Expressway users to get traffic news on the move 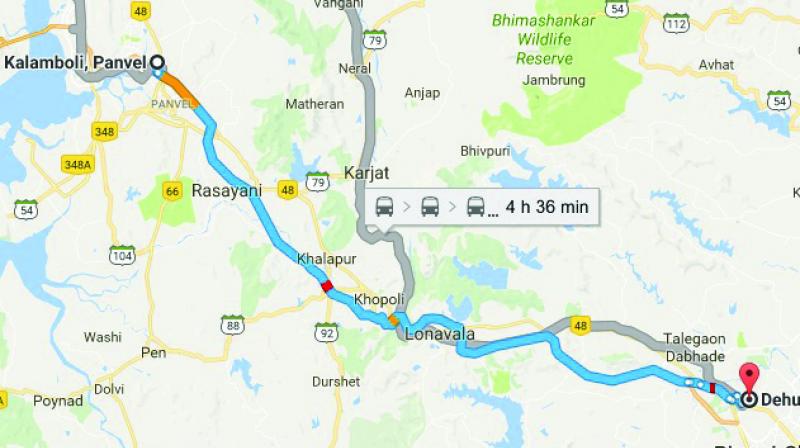 The digital signboards will help commuters decide whether they should take the E-way depending on any possible traffic jam on it.

Pune: In bid to manage traffic effectively, digital signboards informing the status of traffic ahead and if accidents have taken place will be put up at the Pune-Mumbai Expressway. The signboards, which will be installed by Maharashtra State Road Development Corporation (MSRDC), will help commuters decide whether they should take the E-way depending on any possible traffic jam on the E-way. Tenders will be put out on MSRDC’s website in March and the work to put up the digital boards will start by April.

Four digital signboards called Variable Messages Signage (VMS) will be placed at the starting points from Kalamboli where the E-way begins from the Mumbai side towards Pune and Dehu Road from Pune where the road begins for Mumbai. The VMS will also be placed 20 km from the starting points of the 94 km E-way in such a way that commuters can make a U-turn if traffic worsens after they begin the journey.

An MSRDC engineer told The Asian Age, “Over 50,000 vehicles including four-wheelers like car, buses, trucks and multi-axel vehicles like heavy vehicles carrying industrial products, ply on the Pune-Mumbai E-way. The six-lane road often witnesses traffic jams at many places and especially at Ghat sections near Lonavala.  Traffic jam at the Ghat section affects the overall traffic situation on the whole 94 km-stretch of the E-way”.

S.G. Mungilwar, executive engineer, MSRDC Pune, added, “If commuters come to know about the situation over traffic jams or the speed of traffic, they can decide whether to take the E-way or not”.

S.P. Aspat, senior police inspector, highway police, Pune, said, “Highway police had asked MSRDC to put up such boards so that commuters do not have to waste time and panic getting stuck in traffic unnecessarily.”