Sena leader who lost in 'lottery' says court can do justice

A five-year-old girl was asked to pick a chit and decide the fate of the candidates who tied. 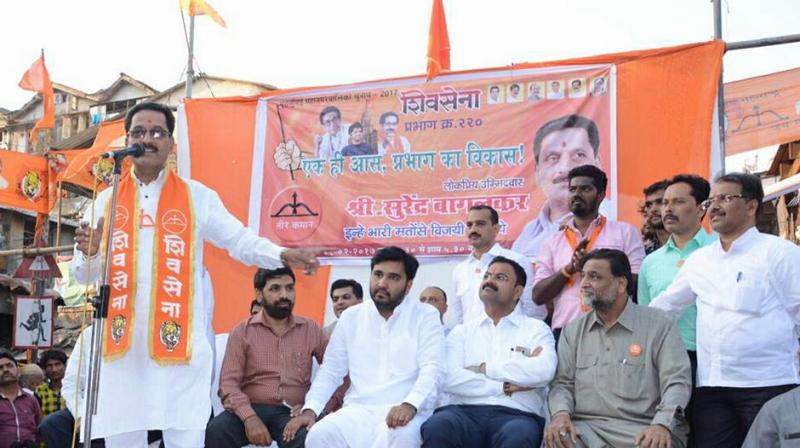 Mumbai: Shiv Sena's Surendra Bagalkar, who lost the BMC polls from ward 220 to BJP's Atul Shah in a draw of lots, today said the court has the authority to open five "tender votes" which may help change the poll outcome.

Asked if he has decided to challenge the election, Bagalkar said that it was up to the Sena leadership to take a call on the matter.

"Any of the five voters who cast tender votes could approach the court, saying their right was violated," Bagalkar said.

"They can move court to open five 'tender votes' (votes exercised by voters when they find that their votes were already cast by someone else)," Bagalkar, who lost to BJP's Atul Shah, said.

Shah was declared the winner through a lucky draw after a tie with the Shiv Sena candidate.

There are five tender votes that are cast by voters when they find that their votes were already cast by someone else.

In such a situation, the Returning Officer gives the genuine voter a printed ballot paper on which his or her vote can be cast.

In ward number 220 (Nulla Bazar-Gulalwadi), Shah and Bagalkar got 5,946 votes each. Despite recount, the EVMs threw up the same number twice.

Municipal Commissioner Ajoy Mehta had to rush from the civic headquarters to conduct the lucky draw. A five-year-old girl was asked to pick a chit and decide the fate of the candidates.