Three Independents back Sena as the saffron parties look at NCP, MNS for support. 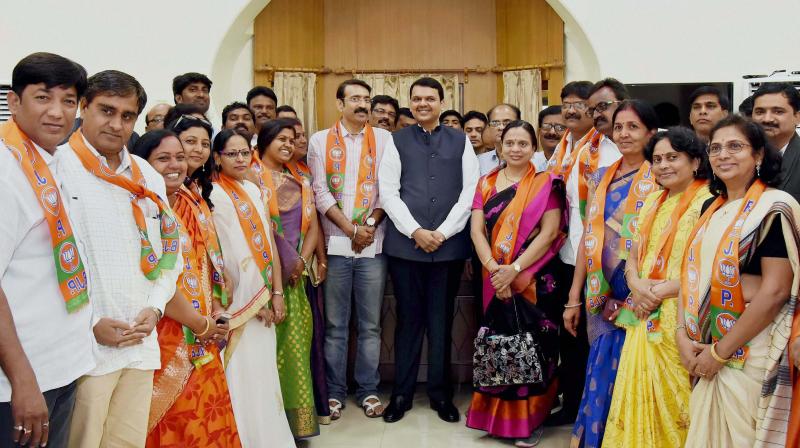 Mumbai: With the elections over, the Shiv Sena and their friend-turned-foe, the Bharatiya Janata Party are now vying for the coveted mayor’s chair in the richest corporation of the country. To prove their majority and have their own mayor in the Brihanmumbai municipal corporation (BMC), both the saffron parties are doing some hectic lobbying to woo Independents and other political parties.

Currently, the Sena’s tally stands at 87 while the BJP is at 83. If the Sharad Pawar-led Nationalist Congress Party backs the BJP, then the party’s tally will touch 92. This further reduces the difference between the BJP and Sena. If the Raj Thackeray-led Maharashtra Navnirman Sena supports the Sena then it has an upper hand, but it has been observed that the ruling party in the state or Centre manages to attract corproators towards them. The MNS has seven corporators with it.

The Samajwadi Party and Congress have already announced that they will stay away. Although the MNS’s stand is still unclear, things do look good for the BJP. Niranjan Shetty, spokesperson for BJP in Mumbai said, “The CM is keen on having a mayor from BJP in the BMC. Even during the briefing to spokesperson, the CM personally spoke to us and told us that the mayor will sit in BMC and the issue is transparency.”

Meanwhile, the Sena has managed to get the support of independents especially after three of them joined them on Friday taking their tally to 87, while BJP has alleged support of one independent. But with the Congress’ 31 staying out of the whole race and deciding to sit in the opposition, the number comes further down. “We will not dilute our ideological stand. People defeated us and gave us a mandate to sit in the opposition. We respect that. But voters have not given the saffron parties, who fought a bitter battle, the keys to power. The Congress will not help these two parties, but would like to see their fight continue and differences aggravate,” said Congress Mumbai president Sanjay Nirupam.

The SP too has decided to abstain from voting which means the numbers dwindles further. “We won’t be there in the fray anywhere, we are going to sit in the opposition and act for the benefit of the people. People shouldn’t take us lightly, we have outsmarted everyone, even those who claimed that AIMIM will impact us are now quiet,” said Rais Shaikh, an SP leader.

Some NCP leaders off the record claimed that they couldn’t support any party, neither the BJP nor the Sena. “We are meeting Sharad Pawar in March first week and we will be supporting the party with majority only based on issue,” said Sachin Ahir, Mumbai NCP president.