Why numbers matter for parties?

114 is not necessarily the magic number to prove majority in BMC. 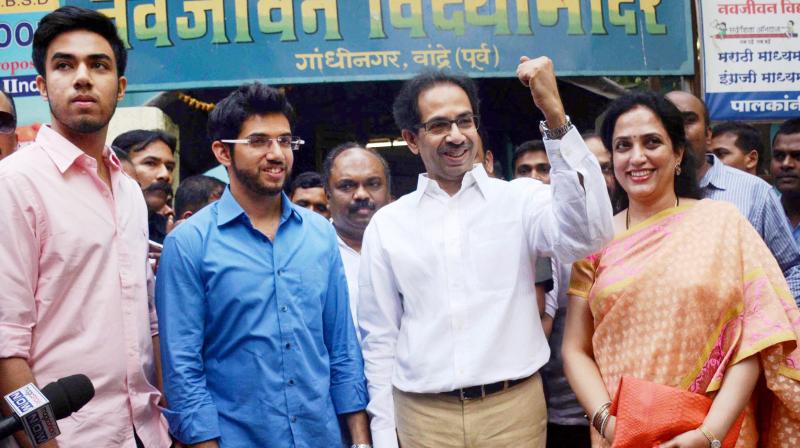 Mumbai: If you think 114 is the magic figure to prove majority in the 227-member Brihanmumbai Municipal Corporation (BMC) House, think again. Going by the present complicated arithmetic, the party that will show, on the floor of the House, that it has the support of the highest number of corporators, will pick the mayor and rule the richest municipal corporation in the country. This number need not necessarily be 114.

The BMC polls have thrown up such a complex scenario in which it has become difficult to predict which party will pick the next mayor. While Shiv Sena has emerged as the single largest party with 84 seats, Bharatiya Janata Party (BJP) is close behind with 82 corporators. The Congress is a distant third with 31 seats, followed by NCP (9), MNS (7) and Samajwadi Party (6). The MIM (2), ABS (1) and Independents (5) complete the list.

The Sena and BJP, which have ruled BMC for more than 20 years, decided to separate before the polls and fought a bitter war between them. If they decide to patch up again, it will solve the issue of majority decisively as their combined strength of 166 seats is way above the half way mark of 114. However, due to strained relations between the two parties, they are unlikely to come together.

In this context, Congress has become a kingmaker in the civic body. With its 31 seats, it is in a strong position to support either Sena or BJP while electing the mayor.

However, the party has categorically denied any such move, which will make the race for mayor even more competitive. “Congress will not help these two parties, but would like to see their fight continue and differences aggravate,” said Mumbai Congress chief Sanjay Nirupam.

According to civic body sources, the mayor’s election in the civic body is not fought on the lines of confidence vote in the State Assembly or Parliament, where parties can vote for or against the chief ministerial or Prime Ministerial candidate. “In the municipal corporation, every party can field its candidate for mayoral election. If not, they can support the other party’s mayoral candidate or abstain from voting. But they have no right for negative voting.

The party with the highest number of votes picks the mayor and rules the civic body,” said a senior civic official.