Taking into account the dog reproduction rate, the number of stray dogs in the city presently could be around one lakh, says the civic data. 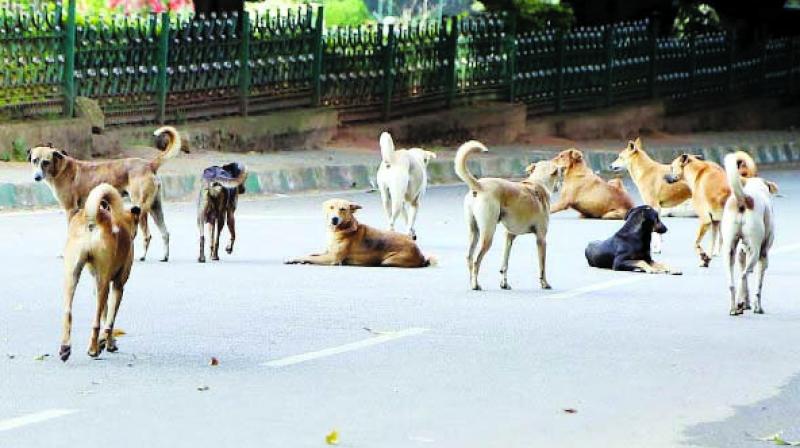 Mumbai: Despite various measures undertaken by the Brihanmumbai Municipal Corporation (BMC), there is no stopping in the rise of stray dogs’ population in the city. At present, there are more than one lakh stray dogs across the city.

According to dog census carried out in January 2014, out of 95,172 dogs existing then, 25,933 stray dogs were not sterilised. Of them 14,671 were male and 11,262 were female. Taking into account the dog reproduction rate, the number of stray dogs in the city presently could be around one lakh, says the civic data.

“To control the stray dog population, the Animal Welfare Board of India has directed to sterilise 30 per cent of dogs. Considering this, more than 30,000 dogs should be sterilised yearly by keeping a target of 1.02 lakh stray dogs in next three years,” said a senior civic official.

In 2016, due to regular services of dog-catching vehicles and appointment of two new NGOs, 11,929 dog sterilisation surgeries were carried out. We plan to increase the number up to 32,000 by appointing new additional NGOs, he added.