Ramdas Athawale: Will stick to Mahayuti

Mr Athavale told the media that he had won the election from the South Central Mumbai therefore he was claiming for the same. 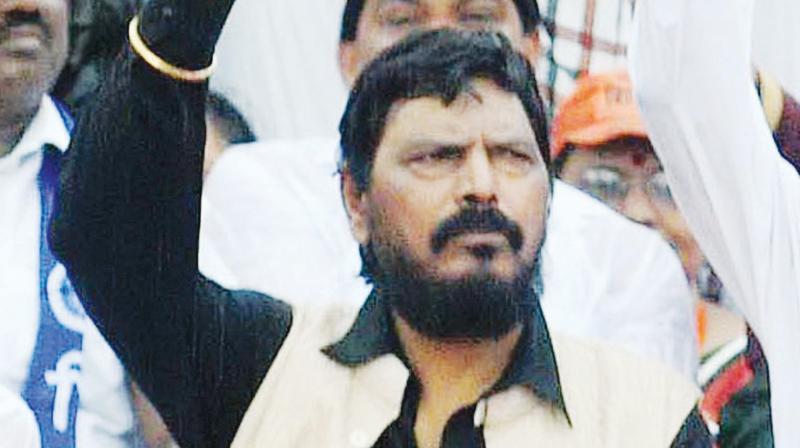 Mumbai: The RPI chief Ramdas Athawale told media that he will stick to the Mahayuti and keep his promise to support the Mahayuti’s candidate at any cost. The statement was made after Mumbai South Central candidate Rahul Shewale met him in Mr Athawale’s Bandra house. He went to convince for his support in elections.

Earlier, Mr Athawale had claimed Mr Shewale’s seat. Mr Athawale met BJP president Amit Shah in Delhi and sought ticket from Mumbai South Central seat, but Shiv Sena was not ready to leave that seat for anyone. According to Mr Athawale, most of the Ambedkar followers of the country had wished him to contest election from their constituency and represent them in the Lok Sabha. Therefore, he had requested Mr Shah to leave South Central seat for him

On Sunday, Mr Athavale told the media that he had won the election from the South Central Mumbai therefore he was claiming for the same. He further said that, “On Saturday, I met chief minister Devendra Fadnavis who assured me to give Rajya Sabha seat.”

“RPI chief Ramdasji Athawale never opposed my candidature but he wanted to expand his party and wanted to fulfill conditions of election commission. He told me that he not only supports me but also supports all the candidates of Mahayuti,” said Mr Shewale.

After meeting Rahul Shewale, Mr Athawale said, “Mr Shewale is my good friend and my support will always remain with him. Not only him but all the other candidates of alliance”