Police sources said Mr Ganore, who returned from his duty at 4.15 am, had rung the doorbell but got no response. 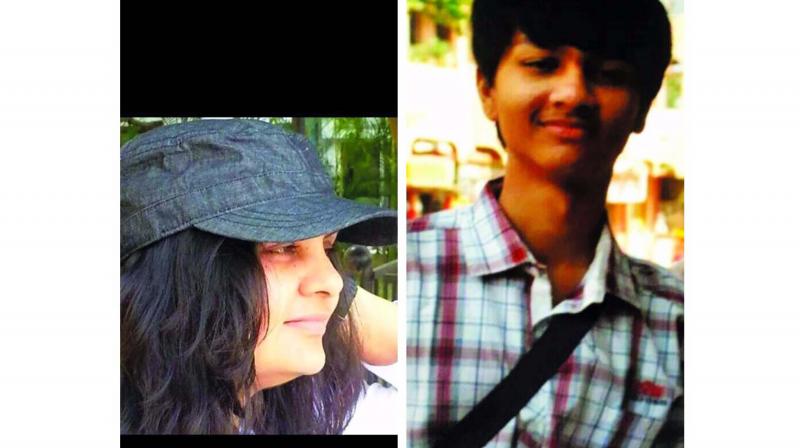 Mumbai: A Khar police inspector’s wife, Deepali Ganore (42), was found murdered at their Santa Cruz residence early on Wednesday with a message scribbled in blood and a smiley found close by reading, “I am tired of her. Catch me and hang me”.

Ganore’s 21-year-old son, Siddhant, who dropped out of an engineering course and was a college student at National College in Bandra, has been missing since Tuesday evening and the police suspect he could be the culprit. The police has registered a case of murder against an unknown person, and is simultaneously looking for Siddhant. Siddhant had left his mobile phone at home, which is making the police’s task of identifying his location difficult.

The deceased’s husband, Dnyaneshwar Ganore (49), was part of the police team that had detected and probed the April 2012 Sheena Bora case before the case was transferred to the Central Bureau of Investigation (CBI). Mr Ganore, who is posted at the Khar police station, had returned home at 4.30 am to find his wife’s body lying in a pool of blood with her throat slit.

Police sources said Mr Ganore, who returned from his duty at 4.15 am, had rung the doorbell but got no response. He then knocked on the door loudly and tried to call his wife, but she did not respond. 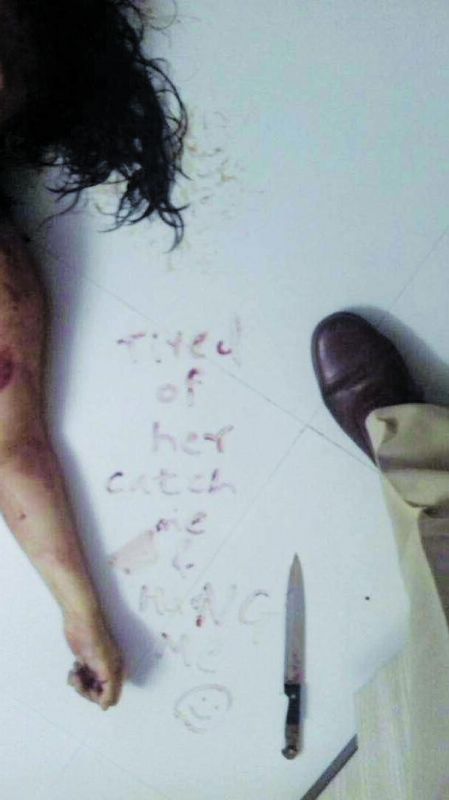 The killer scribbled a message in blood with a smiley that read: “I am tired of her. Catch me and hang me.”

Growing suspicious, he accessed the duplicate key hidden in a shoe rack outside the house and opened the door.

Police inspector Sanjay Pawar, who is the investigating officer on this case said that a kitchen knife that was used as a murder weapon has been sent for analysis at the Forensic Laboratory, Kalina to check for the murderer’s fingerprints. “We are also checking the CCTV footage to see the accuser’s movement and establish the time of murder. Their son’s phone has been found at the murder scene. We have sent it to the experts to unlock it,” said Mr Pawar.

Police sources said that prima facie it seems the son has murdered his mother, with whom he had constant fights over his bad grades and his dropping out of the engineering course. Mr Ganores’ neighbours refused to comment on the incident.

The deceased was declared dead on arrival at V.N. Desai Hospital and was later shifted to Cooper Hospital for a post-mortem. Mr Ganore left with her dead body for their hometown in Nashik on Wednesday morning itself.

May 23
11.30 am: Dnyaneshwar Ganore leaves for work from Prabhat Colony. His wife and son are alone at home.
May 24
4.15 am: Ganore returns from his duty and rings the bell.
4.30 am: He accesses the duplicate key and opens the door to find his wife lying dead.
4.45 am: Ganore alerts the police control room. The police arrives at the spot within 10 minutes.