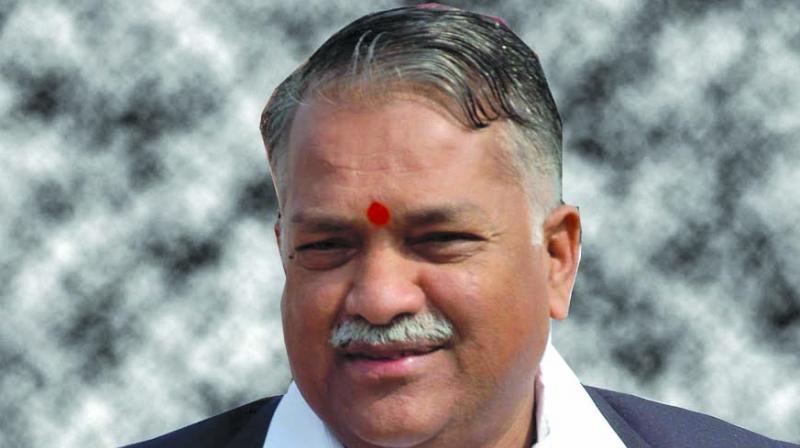 Mumbai: Maharashtra BJP chief Raosaheb Danve said that he was saddened more by the defeat of Shiv Sena candidate Chandrakant Khaire than the trouncing of his son-in-law, Harshw-ardhan Jadhav, who was a former Shiv Sena legislator. Mr Khaire, who is a four-time MP from Aurangabad since 1999, lost to AIMIM’s Imtiaz Jaleel by a slender margin of 4,492 votes. Mr Jaleel secured 389,042 votes while Mr Khaire got 384,550 votes.

The Sena sitting MP expressed disappointment at the presence of Mr Jadhav, an independent candidate in the fray. Mr Jadhav cornered a sizable 283,798 votes, leading to Mr Khaire being unseated.

Mr Danve said that no father-in-law and son-in-law were together. Congress state president Ashok Chavan’s brother-in-law Bhaskarrao Bap-urao Khatgaonkar Patil was in the BJP. Father and daughter fought against each other in the Osmanabad district. N. Chandrababu Naidu was N.T. Rama Rao’s son-in-law but they were never together, he said.

The BJP state president said that they never mixed family relations and politics. “My own daughter contested the election for the district council from the Shiv Sena but she did not call me for her campaign as she is able to fight on her own,” he said. “Even the Yuti candidate (Mr Jadhav) has not called me for his campaign. But he is saddened as one seat of Prime Minister Narendra Modi is lost,” he said.

Mr Danve gave the people of the country and the state the credit for the victory. He said that the Central and state government had not played politics over religion and caste.