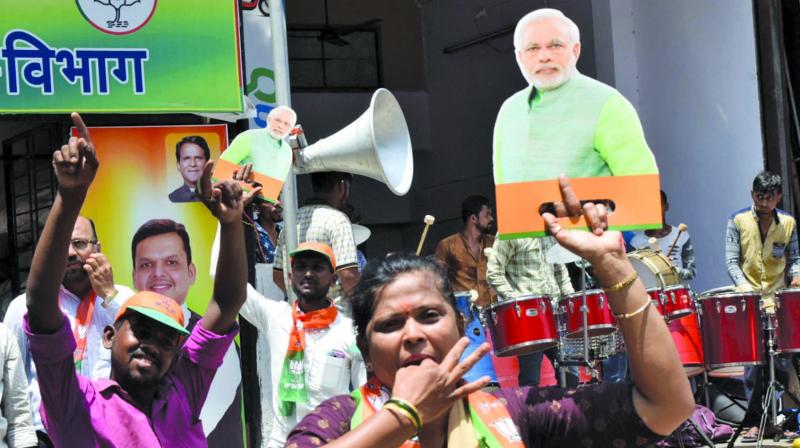 However, BJP spokesperson Madhav Bhandari has claimed the Election Commission of India (ECI) has committed a “fallacy” while calculating the vote share because the poll panel counted all the votes polled in Maharashtra and not taken into considering that the saffron party contested only 25 seats out of the Lok Sabha 48 seats of the state.  “The party had received 52 per cent of the votes in 25 seats in the state. The ECI has calculated the total votes on 48 seats, but we have contested only 25. Our vote share has been increased by 14 per cent in comparison with 2014’s in the state,” Mr Bhandari claimed.

Asked if the Sena’s performance was as good as the BJP’s or if the BJP had helped the Sena to perform better, the BJP spokesperson said that in this election, the seats that were won across the country were secured on the basis of the Prime Minister Narendra Modi-led government’s work in the last five years.

He said, “We have already started preparations for Assembly election, which is scheduled for later this year. The Lok Sabha election result certainly is going to boost the confidence of party workers in the coming poll.”

Congress spokesperson Sachin Sawant said that this is very surprising that the vote share of the Shiv Sena, which has been opposing the government for the past five years, has increased while his party’s had reduced by two per cent. “It is time for us to introspect on how to improve our vote share,” Mr Sawant said.